“We have sought for firm ground and found none. The deeper we penetrate the more restless becomes the universe, and the vaguer and cloudier.” – Max Born.

On the opposite side of ultimate reality as the smallest elements of matter is ultimate reality as the totality of the universe. Where atomic and particle physics is the scientific reformulation of ancient Greek philosophy’s metaphysics and ontology, modern astronomy and astrophysics is the rebirth of its cosmology. Today we will look at some of the nuances of this subject from both traditions. 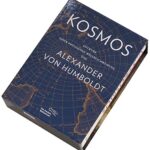 Our starting point is the word ‘cosmos’ which according to my etymologic dictionary first appeared “about 1200, borrowed from Greek kosmos order, ornament, world, universe (so called by Pythagoras who regarded the physical world as a perfectly ordered system). Except for the use in 1200, the word disappears from the record until 1848, in a translation of Humboldt’s Kosmos.”1

Compare that now with the etymology of the word ‘universe’: “1589, the whole world, the cosmos, borrowed from Middle French univers, and directly from Latin ūniversum, adj., whole, entire; originally, turned into one (ūnus one + versus past participle of vertere to turn); found earlier in in universe universally, about 1385.”2

So we might say that in this model, ultimate reality is the intersection of our understanding of the words – cosmos and universe – i.e. the ordering of all parts of reality into a unified whole. The key point then is that  the universe as humans conceive it is not a mere inventory of galaxies, stars, planets, plants, animals, rocks, molecules, atoms, or quarks, but is something transcendental where all these pieces are bound together into a greater entity. 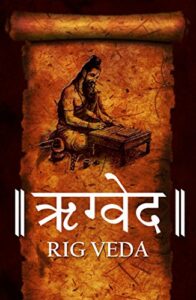 The Greek philosophers might go further transforming this vague ordering of parts into a more destined or fated order and finally an intelligent order in the thinking of Plato and Aristotle. Both the Greeks and the ancient Eastern philosophers impose the idea of harmony and perhaps justice on this cosmic order which in Roman philosophy becomes Providence. We learn from the Rig-Veda of Hinduism that the ‘seekers of wisdom’ peer beyond deity and the regularities of nature and find an “eternal; and immutable law of order and justice” called Rita..3

The order of nature of ancient philosophy, stripped of any theological suppositions, is adopted by science as a key tenet of the discipline – that is, a presumption that nature imposes consistency in compliance with its governing laws. Science also adopts the idea of the cosmos as the vessel where all matter and energy are located and wherein all events occur.