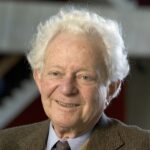 “My ambition is to live to see all of physics reduced to a formula so elegant and simple that it will fit easily on the front of a T-shirt.” – Leon Lederman, Nobel Laureate in Physics, 1988.

Last time we saw that physicists have learned that atoms are not the ultimate or smallest building blocks of matter, but constructed of still smaller ‘elementary particles’ that are not really particles but fields or ‘structureless points’ housing mass, charge, and spin. Moreover other cosmic features involve dozens of additional kinds of elementary particles with over 300 identified (or created) by scientists in particle accelerators. We find ourselves not with an elegant single or small number of constituents making up matter and the universe – such as the atom of Democritus, the God of religion, or the harmonious yin and yang of Taoism – but a virtual menagerie of cacophonous elements defying human rationalization governed by four distinctive forces. Could this be the final word?

Well it turns out physicists are also disturbed with this outcome and for several decades have been working towards a theory that brings together relativity, quantum mechanics, and particle physics. The logic is evident enough: since a few laws and fundamental numerical constants account for much of the observable activity of the cosmos, shouldn’t the smallest component of matter and the forces in the universe be simple as well, and shouldn’t all the pieces fit together rationally? 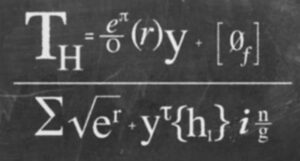 The quest for a consolidated understanding of the electromagnetic and weak and strong nuclear forces inclusive of the elementary particles is called a ‘grand unified theory’ (GUT) and, when gravity is included, a ‘theory of everything’ (TOE).1 In short the hope is that a single explanation exists for the four forces which unites them as four manifestations of a single force and explains the elementary particles. This it seems is an attempt at a definitive description of ultimate reality in the mind of the physicist.

The best current candidate for a theory of everything is called string theory or superstring theory which is where we will pick up next time.

1Steven Weinberg, Abdus Salam, and Sheldon Glashow have been able to combine the electromagnetic and weak force into the ‘electroweak’ force.