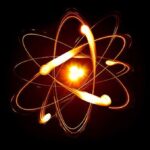 “By convention sweet is sweet, bitter is bitter, hot is hot, cold is cold, color is color; but in truth there are only atoms and the void.” – Democritus.

We have seen that one vantage point of ultimate reality in the discipline of science is the matter that makes up physical reality, and how Einstein’s ‘miracle’ of the comprehensibility of reality and Heisenberg’s quantum uncertainty inform our changing understanding of the universe, blurring the objective and the subjective. Today we move to the building blocks of the material world uncovered by the atomic physicists.

In the development of modern science, tremendous effort, experimentation, and human brilliance led to the remarkable discovery of the fundamental elements that underlie the chemistry of the world and of the organizational scheme demonstrated by the periodic table. 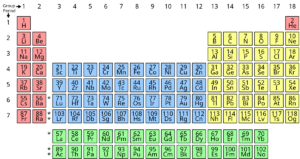 It was likely predictable, but ultimately too simplistic, to think that individual instances of these elements are the smallest building blocks of matter, though they came to be known as atoms – derived from the Greek word atomos (meaning uncuttable) – a term coined by Democritus in the fifth century BCE and arrived at by logic alone.

However by the time of Niels Bohr, the atom was already known to consist of three smaller units – electrons, protons, and neutrons – depicted as the tiny ‘solar system’ we all visualize even today. But of course even this was an oversimplification; protons and neutrons, it turns out, can be further broken down and, with a multitude of similar entities complete what may be the final description of the infinitesimally small building blocks of the physical universe called ‘elementary particles’ by physicists.

These elementary particles include electrons, photons, quarks, and gluons. It gets worse. While there are only three properties of these particles – mass, charge, and spin – they are better classified as ‘fields,’ that is, “Fields, rather than particles, are the fundamental building blocks of matter in modern physics.”1 To rephrase, the elementary particles are not particles or solid bodies at all, but “structureless points where concentrations of mass, charge, and spin reside. We have in place of ‘atoms and the void’ space-time and properties.” 2

If you are scratching your head, wait until next time when we take on the ‘particle zoo.’