“I don’t know why we are talking about religion…If we are honest – and scientists have to be – we must admit that religion is a jumble of false assertions, with no basis in reality. The very idea of God is a product of the human imagination” – Paul Dirac, quoted by Werner Heisenberg, Science and Religion.1

In a remarkable essay titled Science and Religion, Warren Heisenberg relates a first-hand conversation by some of the great early quantum physicists on religion and God. One evening during the Solvay Conference in 1927, Wolfgang Pauli, Paul Dirac, and Heisenberg meet in the lounge of their hotel and wonder about public statements about God by Albert Einstein and especially Max Planck, specifically Planck’s assertion of the compatibility of science and religion. Heisenberg thinks that Planck sees the two as distinct facets of reality (objective and ethical), but Heisenberg himself feels this is mistaken and the two are not separate. Pauli agrees saying that any religion-based ethics will collapse if its version of reality is finally rejected. 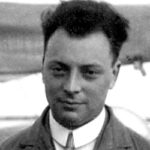 Instead Pauli thinks Einstein’s conception of God is closer to his own, that is, an impersonal force underlying the immutable laws of nature and responsible for a central order, the latter being part of both the subjective and objective realms. This is, for Pauli, a starting point for a recognition that relativity and quantum physics with their effect on the idea of material objects as dependent on the human manner of observation will lead to changes in religious thinking just as happened with classical physics two hundred years earlier.

Paul Dirac objects that religion and belief in God have no basis in reality and are the tool of authorities to quiet people or a “kind of opium.” Heisenberg rebuts that Dirac is being judgmental; atheist dogmas such as Communism can also be misused by authorities, and ultimately all societies must settle on a common language to address life, death, and meaning. Dirac remains unconvinced arguing the choice of religion seems arbitrary based mainly on geography, and one can, in fact, deduce by reason alone ethical principles. Ideas of God only force us to think of a higher authority when in fact we should solve the problems of human conduct the same way we do problems in science. Pauli jestingly rephrases Dirac, “Well, our friend, Dirac, too has a religion, and its guiding principle is ‘There is no God and Dirac is His prophet.’ ”2