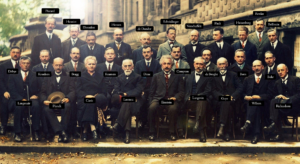 So how does the Copenhagen Interpretation solve the enigma of the existence of the universe in an epoch prior to the human observer despite quantum theory’s requirement of a measuring agent for the actualization of potential events? The answer begins by postulating that there need not be a subjective agent, such as a physicist’s mind, imposed by the concept of measurement. Atomic events (at least in human understanding) start with the division of the world into ‘the object’ and ‘the rest of the world.’3 This latter entity includes or consists of a complex quantum system that constitutes “a kind of incessant self-measurement system that allows the system as a whole to display fixed and definite properties even though the underlying quantum state is in constant flux.”4

This process called ‘decoherence’ by its adherents implies that the universe possesses a capacity that permits the very subatomic events instantiating its existence. The similarity between this characteristic of the universe and the theologians’ concept of aseity or self-causation for God is uncanny. If we combine this ‘decoherence’ of the system with the presumed timelessness of the quantum flux from which the system arises, we arrive at the scientist’s equivalent of a necessarily existent and self-developing entity as ultimate reality. 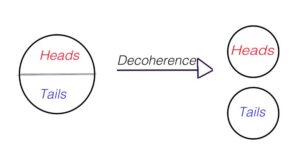 However, the physicist will likely balk at comparing this picture to that of the traditional descriptions of God, partly because of its chance or chance-like form and partly due to the absence of agency or intention generally ascribed to deity.

Nonetheless, ultimate reality for Heisenberg and the quantum physicists comes down to subatomic particles with inexact location and momentum following statistical patterns of behavior although specific events only occur by virtue of a transcendental system of self-measurement. Unlike Einstein, Heisenberg does not invoke God, an ideal mathematics, or a self-governing order. However he invites us to a fascinating discussion with two other early physicists on science and religion which is the subject of the next blog. Join me next time for a rare look behind the curtain.