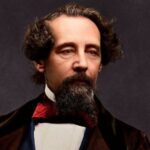 “Thomas Gradgrind, sir. A man of realities. A man of facts and calculations. A man who proceeds upon the principle that two and two are four, and nothing over, and who is not to be talked into allowing for anything over. Thomas Gradgrind, sir—peremptorily Thomas—Thomas Gradgrind. With a rule and a pair of scales, and the multiplication table always in his pocket, sir, ready to weigh and measure any parcel of human nature, and tell you exactly what it comes to. It is a mere question of figures, a case of simple arithmetic.” – Charles Dickens, Hard Times.

In out examination of scientific accounts of ultimate reality we have begun with the material structure of reality or matter itself. Last time I summarized the thoughts of Albert Einstein who invoked a transcendental umbrella over his understanding variably expressed as “Spinoza’s God,” a perfect mathematical substructure, or the fundamental rationality displayed by the universe. I move now to the less lofty but no less intriguing picture drawn by Werner Heisenberg. 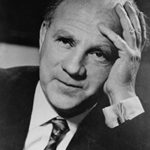 Weisenberg enters into quantum theory midstream to discover that reality is not quite as expected from common experience or from classical mechanics. At the subatomic level is found an inherent inexactness: a quantum object is neither entirely a particle nor entirely a wave and it is not possible to determine the exact position and exact velocity (momentum) of any particle. It turns out that measurement defines a thing, hence our knowledge of the world appears arbitrary and subjective. In his words, “what we observe is not nature in itself but nature exposed to our method of questioning.”1 Furthermore, quantum uncertainty is instantiated in nature itself and the actualization of events depends on an observer making the measurements.2

But this leads to a startling enigma: How did the objectively real universe come to be from the quantum vacuum or the big bang in the absence of a measuring or observing agent? The theist eyes an entry point for God as observer in the origins of material reality. However the answer offered by the mid 20th century quantum physicists (known as the Copenhagen Interpretation) dismisses the divine and proposes an unexpected transcendental configuration within this otherwise hard realism.

2Here we are reminded of Aristotle’s potentia prefiguring actuality.