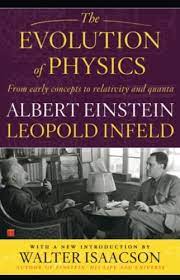 “Physics is an attempt conceptually to grasp reality as it is thought independently of its being observed. In this sense one speaks of ‘physical reality’ ” – Albert Einstein.

They simplest concept of ultimate reality refers to the nature of matter itself. Over 2,500 years of human effort have failed to make fully comprehensible the substrate of reality – matter. I would like to start late in that dialectic to set the stage, with the thoughts of Albert Einstein.

Einstein never seems to have become comfortable with quantum mechanics, especially the concept of uncertainty. He felt the theory was incomplete since it undermined a strictly causal or deterministic universe and fostered one manifested by chance. Beneath this objection lies a critical philosophical question: Does a physical reality exist independent of whatever observations we make about it? Another great physicist, Niels Bohr scoffed at this challenge arguing that all we can know is the results of experiments and observations, not some ultimate reality that lies beyond our perceptions.1 With these two positions we are in a sense back to Plato’s belief in the perfect ideas or forms mirrored in imperfect reality contra Aristotle’s descriptions of reality as it is. We are also reminded of Kant’s unknowable “thing-in-itself,” and with the conflicts between empiricism and idealism and between realism and nominalism.

Einstein strong belief in the rational order of Nature (which he thought would be undone by both atheism and uncertainty) originates in a fundamental observation:

“The very fact that the totality of our sense experiences is such that, by means of thinking, it can be put in order, this fact is one that leaves us in awe…The eternal mystery of the world is its comprehensibility…The fact that it is comprehensible is a miracle.”2 In short, Einstein feels the world of the atheist or of quantum uncertainty would be chaotic and unfathomable to the human mind, which, at least for Einstein, is clearly not the case. Instead he feels there is an objective reality which underlies the great scientific advances over human history and which validates science itself (in essence a kind of pragmatic proof of that objective reality).

Einstein’s objective reality consists of interchangeable matter and energy as demonstrated by his famous equation E=mc2. Matter is also somewhat different than common experience might suggest; particles of matter can be seen as special manifestations of fields. In his words: “We could regard matter as the regions in space where the field is extremely strong… a thrown stone is, from this point of view, a changing field, where the states of greatest field intensity travel through space with the velocity of the stone.”3 Einstein accepts that quantum theory reveals discontinuity at the subatomic level and thus probabilistic laws at that level. And of course there is his formulation of space and time as a unity, the very fabric of the universe.

This brief and obviously incomplete description of Einstein’s views may be interpreted as his scientific vision of ‘ultimate reality,’ but there remains in addition his more transcendental construal of this picture which we will address next time.