“The study whose purpose is the ascent of our intellectual mind to union with God is not completed so long as God is conceived in rational terms.” – Cusanus.

We have seen that the first three pillars of a meaningful life are: (1) virtue or moral excellence, (2) multidimensional purpose, and (3) enduring contentment. I propose as a fourth pillar the encounter, connection, or relationship with ultimate reality. Now the strict monist, scientist, or skeptic will likely balk at the idea of ‘ultimate reality,’ but the student of philosophy must be more measured. Why? Because the pursuit of ultimate reality is such a frequent and fundamental (if not assumed) focal point of meaning in the writing of the great thinkers of the past (by whom the work of this website is guided). For the most part, I deferred discussing the intersection of those first three pillars with ultimate reality in the earlier sections because some readers may have qualms with the idea of an ultimate reality and because the nuances are so different, but we will return to them in this section to supplement those earlier discussions.

As I explained in an earlier blog,1 neither of my dictionaries defines ultimate reality, but the online Merriam-Webster defines it as “the supreme, final, or fundamental power in all reality.” While I think  this is a reasonable formulation, I offered this alternative – ultimate reality is the highest reality inclusive of all being and all ideas or as the logically first being from which all other beings and cosmic law are derived. By either of these definitions, the monist or strict materialist may consider cosmic reality identical to ultimate reality. Other concepts of ultimate reality will be addressed in the next blog. Today I wanted to present the following outline of this subject. 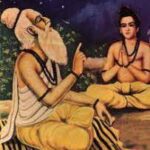 This introduction will be followed by several posts directed at a clarification of terms and an analysis of synonyms.  Then we will examine the three basic models of ultimate reality: (1) The Scientific Model of the cosmos with or without a speculative universal force of consciousness, (2) The Non-theistic Model such as that of the Upanishads or Plato, and (3) The Theistic Model including deist and religious concepts of God. Thereafter we will examine the contact points and theories of connection and relationship to ultimate reality, including scientific approaches,  meditation, prayer, contemplation, and mystical union. At that point we will return to virtue, purpose, and contentment within the framework of ultimate reality. Last I will present a more expanded analysis of the mystical teaching of the Neoplatonist, Plotinus, as an example of a classical approach before concluding with a summary and synthesis.

We have a long road to travel, but I hope you can join me next time as we consider distinctions and synonyms as the means to clarify the idea of ultimate reality.