Last time I examined the place of silence in the quest for contentment noting its three nuances – quiet, attentive listening, and quietude, and I broke off during discussion of this latter point. Continuing now, the Taoists, Laozi and Zhuangzi, are perhaps the greatest proponents of quietude in history. Laozi suggests we observe and learn from the cosmos. Regarding speechlessness, he says, 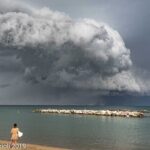 “Nature says few words; hence it is that a squall lasts not a whole morning; a rainstorm continues not a whole day…”2 Likewise Zhuangzi warns us “the more you talk, the further away you get from meaning.”3 and “he who knows does not speak; he who speaks does not know,” or consider this esoteric thought, “a perfect argument does not employ words.”4

The Taoists also inform us that we can learn from Nature a second vital lesson, that is, commit to action through inaction, “The heaven and earth do nothing and everything is done.”5 So too we can thrive because “by doing nothing, everything is done.”6 In turn we can see that through inaction that heaven becomes clear and the earth remains at peace. Quietude then is not only about one’s own tranquility, but that of others as well. From these two lessons of Nature the Taoists deduce we can “seek repose in what the human mind cannot know…What the human mind cannot know, it is impossible for words to express.”7 and all benefit from the practice of stillness, “Who is calm and quiet becomes the guide for the universe.”8

Some Western philosophers pick up on the value of silence for tranquility and well-being though less vigorously. For instance Maimonides, the medieval physician, philosopher, and Hebrew scholar, tells us that good character limits one to speech only in matters concerned with wisdom or bodily needs. He quotes: “I have found nothing better for the body than silence,”9 while adding, “silence is a fence around wisdom.”10 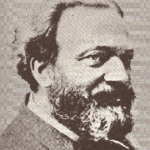 Another but later Western example is the philosopher of science, Richard Avenarius (1843-1896), who promotes quieting – the pacification of mind as the initial point of departure and the final endpoint of a pure experience devoid of speculative excesses and assumptions which he proposes as the basis for true science.11

We end with a contemporary, Eckhardt Tolle, who seizes on silence as one ‘portal’ to what he calls the ‘unmanifested.’ He advises we attend to the silence from which sounds emerge. “Paying attention to outer silence creates inner silence; the mind becomes still.”12 With Tolle, silence transcends mere quiet – “even during a conversation, become conscious of the gaps between words, the brief silent intervals between sentences. As you do that, the dimension of stillness grows inside you. You cannot pay attention to silence without simultaneously becoming still within.”13

Silence and stillness are the open highway to peace and contentment, especially when combined with solitude and asceticism. Silence ultimately refers not only to finding a quiet space, but also in listening to the universe and perhaps for the silence between sounds, as well as the suspension of unnecessary action. Next time we will examine the role of solitude in our ongoing climb to contentment.