“Everything has its wonders, even darkness and silence, and I learn, whatever state I may be in, therein to be content.” –Helen Keller , The Story of My Life.

Having completed the subsections on the lessons of the ancient and later thinkers and of psychology in the seeking of contentment, I move now to some special considerations; first silence, then solitude, and finally asceticism. We start today with silence. 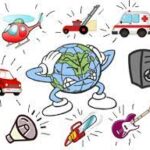 It does not take a philosopher or spiritualist to recognize we live in a very noisy world, not just one of random, nearly inescapable background clatter, but also one teeming with technological distractions such as television, computers, and cell phones. Noise and distractions invade our lives 24 hours per day 365 days per year. The result is overstimulation and a mind seldom at rest while awake. Achieving contentment in a feverish world represents a tremendous hurdle but one which philosophers have addressed.

Silence as the path to contentment has three nuances: (1) quiet, (2) attentive listening, and (3) quietude. The first of these is the most accessible, possible by the mere separation from sounds through changing one’s environment or sound-canceling devices. In the quiet of a remote wood or sound-protected, device-free civilized space we discover a kind of calm that is refreshing and invigorating. We encounter an abrupt peace of mind, but learn this alone is not sufficient for enduring contentment.

Greater tranquility is brought about by a further step – attentive listening to non-human reality. Consider Taoist teaching that we must have quiet to hear the silent universe and its ‘Grand Harmony.’ Anyone who has sat alone on a calm evening spellbound by the Milky Way or looking through a telescope at the silent dance of Jupiter’s moons knows what this means. But we also experience it in the Rocky Mountains watching a herd of rams foraging in the distance and a million other places. While this calm lingers afterwards, it too is fleeting even if revisited frequently. 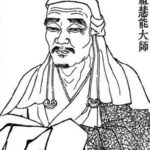 The greatest means to contentment inverts this phenomenon – the elimination of one’s own stirring and sounds through personal containment, that is, quietude as is achieved by speechlessness, the cessation of itinerant thought, and inaction. Hui Neng tells us such quietism is the means to liberation and enlightenment.:

“A conscious being alone understands what is meant by moving;

To those not endowed with consciousness the moving is unintelligible.

If you exercise yourself in the practice of keeping your mind unmoved,

The immovable you gain is that of one who has no consciousness.

If you are desirous of the truly immovable,

The immovable is in the moving itself,

There is no seed of Buddhahood where there is no consciousness.

Mark how varied are the aspects of the immovable one,

And know that the first reality is immovable.

Only when this reality is attained

Is the true working of suchness understood.”1