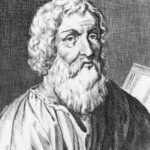 “Let food be thy medicine and medicine be thy food” – Hippocrates

In our investigation of scientific and psychological adjuncts to contentment, we come to a final consideration, pharmacological agents. It is unlikely the reader will find any philosopher who addresses this option outside the “brain in the vat” thought experiment1,2, but as a physician I feel compelled to devote two blogs to this alternative. Nonetheless this leaves us on untested ground.

Let’s begin by dispensing with some obviously unsuitable possibilities. I would eliminate all physically addictive substances where contentment from intake may be merely the relief of the craving from the addiction. It is also worth noting that such substances offer only transient calmness or pleasure and thus fail to meet my definition of contentment as enduring in nature. Therefore alcohol, sedatives (such as benzodiazepines and barbiturates), opiates, and even cannabis can be excluded; in fact, one might argue that true contentment implies freedom from an incessant need for any such substances, and I would urge persons habituated to them to seek substitutes or even professional care.2 Similarly we can exclude antipsychotics which are therapeutic for psychiatric diseases, but inappropriate for healthy but restive individuals and stimulants which induce restlessness and excitement, not tranquility. 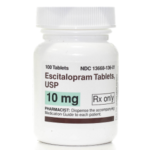 The best candidate pharmacologic agents in my opinion are the selective serotonin reuptake inhibitors (SSRIs) such as fluoxetine (Prozac), sertraline (Zoloft), and especially escitalopram (Lexapro) and the serotonin and norepinephrine reuptake inhibitors (SNRIs) such as venlafaxine (Effexor) and duloxetine (Cymbalta). These drugs developed for clinical depression are also effective in generalized anxiety disorder. However my experience is that they seem to aid persons with more mundane irritability and unease. In fact, several of my patients refer to them as their “happy pills.” They are not apparently habit forming, nor do they cause any overt change in mentation, rather they seem to reduce outbursts and worry about daily problems. Used long term one might say they induce a level of sustained calm without significant impairment in function.

Next time I will offer arguments for and against their utility in philosophical contentment as a component of the meaningful life.

1The “brain in the vat” thought experiment considers whether one would agree to exist with one’s brain submerged permanently in a solution of chemicals which leave one entirely happy and convinced of one’s purposeful existence. Presumably most people would decline this choice, believing contentment, happiness, and meaning require actual not artificial conditions as the cause of this state of mind.

2I note that not even the 1000 page psychology-based The Oxford Handbook of Happiness includes a segment on the use of medications to facilitate happiness.

3To be clear I am not referring to social, moderate, or recreational use in the absence of habituation.