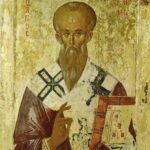 “If anyone should suggest that scientific knowledge is provable by the help of reason, he must realize that the first principles are not to be proved…By faith alone is it possible to arrive at the principle of the universe.” – Clement of Alexandria, Stromateis

I ended my last post on the uses of pragmatism to confirm reason outside of itself, and presented both a scientific example and an approach regarding proofs of God’s existence. To be fair we should attempt a similar process to consider the possibility that the traditional concept of God might be untrue. The agnostic (or atheist) might counter that the traditional concept of God is proven erroneous using correspondence (the presence of unnecessary evil in the universe and the illogic of omnipotence and its inconsistency with free will)), coherence (the physicist’s argument for the spontaneous appearance of the primordial singularity or the power of science to explain events previously thought to be supernatural), and pragmatically (the inconsistency of attempts of most persons to achieve mystical union and the failure of prayers to solve worldly problems).  In the end, reason and pragmatism are shown to leave the proof of God unsettled. 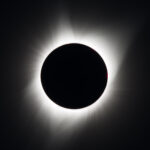 Fr. Sorem’s attack on foundationalism and coherentism is immensely old – the default position of the ancient skeptics. But he who lives by the sword may die by it – intellectually honest skepticism imposes doubt on faith and revelation as well. In fact it seems far more dubious to consider revelation (particularly the patchwork of the New and Old Testaments) as absolute truth over reason and science with their largely internal consistencies, accurate predictions (for example eclipses) and immense utility (such as the automobile, cell phone, or computer). I seek not to undermine faith here, only to challenge whether skeptic doubt is the correct format to champion faith.

Nonetheless, for me, the most powerful portion Sorem’s essay is his proof of God’s existence I extracted in Part II of this critique. This is possibly one of the most powerful arguments I have ever seen for the belief in deity. If reason and truth itself are instantiated in the divine, what in the West is called the logos, then Fr. Sorem’s formulation of what is essentially a metaphysical argument for God’s existence seems to be entirely different from the traditional ontological, teleological, and cosmological arguments. Its weakness is I suppose is the validity of the first premise  – “Truth and knowledge cannot be justified in the absence of God (i.e by unverifiable human reason alone).” Still, it is for me worthy of extended contemplation which must follow this critique.

My last comment is that even if we bracket the above comments, this paper seems to argue that reason cannot confirm faith, not that Christianity is true. Nothing within it disproves the truth of other faiths, each of which is held as tightly by others as Christianity is for the Orthodox practitioner. Perhaps that was never his focus of course.

All in all, I appreciate the reader’s recommendation to review Fr. Sorem’s article, and I enjoyed becoming more familiar with Orthodox theology through the links provided. I would also like to thank Fr. Sorem for making his essay available to all of us for study.

Next week we return to contentment and psychology.