“Away with all attempts to produce a mottled Christianity of Stoic, Platonic, and dialectic composition! We want no curious disputation after enjoying the gospel! With our faith, we desire no further belief. For this is our palmary faith, that there is nothing which we ought to believe besides.” – Tertullian, On Prescription Against Heretics. 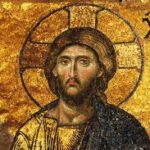 This week a reader asked me to critique this 19 page essay1 with the following prompt: “… at a fundamental level all religions of the world are a form of monism…and only orthodoxy has the essence – energy distinction model which allows epistemic flourishing and avoids the circular reasoning of monism. Please take a look at this paper which I think is a good representation of the way I see things as of now and let me know if you have any critique for the way the author presents his transcendental argument.”2

So before we begin I think it is necessary to understand what is meant by the term, essence-energy distinction model, which was new to me and not in any of my philosophical dictionaries or encyclopedias (even R.C. Zaehner’s  Encyclopedia of the World’s Religions, which does in fact have a section on Orthodox Christianity). Thus I will have to accept Wikipedia’s definition:

“In Palamite theology, there is a distinction between the essence (ousia) and the energies (energeia) of God … In layman’s terms, God’s essence is distinct from God’s energies in the same manner as the Sun’s essence and energies are distinct. The Sun’s essence is a ball of burning gas, while the Eastern Orthodox hold that God’s essence is incomprehensible. As the Sun’s essence is certainly unapproachable and unendurable, so the Eastern Orthodox hold of God’s essence. As the sun’s energies on Earth, however, can be experienced and are evidenced by changes that they induce (ex. melting, hardening, growing, bleaching, etc.), the same is said of God’s energies—though perhaps in a more spiritual sense (ex. melting of hearts or strength, hardening of hearts, spiritual growth, bleaching to be “white as snow,” though more physical and psychological manifestations occur as well as in miracles, and inspiration, etc.). The important points being made are that while God is unknowable in His essence, He can be known (i.e. experienced) in His energies… Eastern Orthodox theologians generally regard this distinction as a real distinction, and not just a conceptual distinction. Historically,  Western Christian thought, since the time of the Great Schism, has tended to reject the essence–energies distinction as real in the case of God, characterizing the view as a heretical introduction of an unacceptable division in the Trinity and suggestive of polytheism…”3

In any case, the author of this essay offers as his biography the following: “Fr. Deacon Ananias Sorem, PhD is CEO, Founder, and President of Patristic Faith. Father is an Orthodox apologist and Professor of Philosophy at Fullerton College and Carroll College. He has a B.A. in Liberal Arts from Thomas Aquinas College, together with an MA (Honors) and PhD in Philosophy (Epistemology; Philosophy of Science; Philosophy of Mind) from University College Dublin. His current academic work focuses on philosophical theology, epistemology, and the philosophy of science. Father is the author of several articles and peer-reviewed papers, including: ‘Searle, Materialism, and the Mind-Body Problem,’ ‘Gnostic Scientism and Technocratic Totalitarianism,’ ‘An Orthodox Approach to the Dangers of Modernity and Technology,’ and ‘An Orthodox Theory of Knowledge: The Epistemological and Apologetic Methods of the Church Fathers.’ He is also known for his YouTube channel, the Norwegian Nous.”4

Following this introductory post, I will in the next post summarize Fr. Sorem’s thesis, and in the two following it, offer my critique. Be prepared for some quite difficult reading!