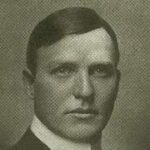 “Do not distress yourself with imaginings. Many fears are born of fatigue and loneliness. Beyond a wholesome discipline, be gentle with yourself.”– Max Erhmann, Disiderata

In drawing on the science of psychology in our search for the elusive state of contentment, we come now face to face with the primary obstacle – thought itself. The human condition, since humans first appeared on this planet, entails unremitting stress – worry over the daily needs for survival, about complex social interactions, as to the ambiguous meaning of life, and at last regarding the inevitability of death. While stress manifests in other mammals – the deer’s ceaseless wariness, the predator’s anxious struggle for food, and the primate’s tenuous angling for position in the group – it seems only humans have the oversized brain that makes incessant thought, particularly about the self, the past, and the future the source of irreconcilable uneasiness.

Psychology and philosophy intersect at the point of negative thought’s effect on contentment. Laozi, Buddha, Epicurus, Marcus Aurelius, and Seneca to name a few philosophers, recognize that peace of mind comes down to controlling or reversing troublesome thought patterns. However most often the philosopher simply asserts that one relinquish worry and redirect the mind in the direction of one’s societal role or towards tranquility without offering a specific program to succeed. Beyond meditation and Yoga practice, there are no philosophical practices for the management of stress, anxiety, and dissatisfaction with oneself and one’s life. Presumably by merely recognizing the truth of things, one is expected to transcend continuing disquiet.

In dealing with anxious individuals, psychotherapists learned that the relief of stress and the cessation of negative thinking is in fact more difficult. While they offer several treatment options, the most germane for our purpose seems to be cognitive therapy (also cognitive-behavioral therapy). Robert G. Meyer and Paul Salmon define cognitive therapy as “a form of therapy that emphasizes challenging beliefs, thoughts, and 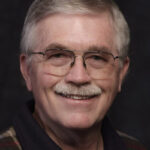 feelings.”1 Richard Kasschau offers a slightly different nuance: “cognitive therapy is an approach in which thoughts are used to control emotions and behavior.”2 In either case the basic premise is that behavior and feelings are largely controlled by our thought processes.

Cognitive therapy is based on the theory that thought serves as the intermediary between external stimuli or circumstances and one’s emotions and behavior. Discontent is usually caused by problematic thinking – a series of mainly negative thoughts that ultimately have little to do with objective reality. Rain is seen as bad when one wishes to picnic, but good when wishes for a green lawn or a cloudy day is depressing while a sunny day is uplifting – none of this is instantiated in reality . Similarly the philosopher might point out that dissatisfaction with life for most of us is purely subjective or thought-created. Changing and re-directing thought then is the quintessential means to psychological and philosophical contentment.

2 Replies to “CONTENTMENT AND THE MEANINGFUL LIFE – PSYCHOLOGY – PART IV”