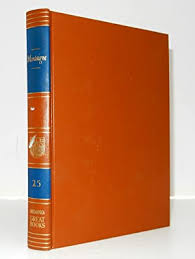 In the prior post, we looked at contentment as presented by Montaigne is his two essays: On Constancy and On Solitude. We come last to  his unforgettable essay, That to Study Philosophy is to Learn to Die, in which Montaigne counter poses pleasure as the typical pursuit of people with the far greater gratification which comes from preparing oneself for death. He argues that contentment cannot be found in pleasure if one is in constant fear of death. He tells us “Now of all the benefits that virtue confers upon us, the contempt of death is one of the greatest, as the means that accommodates human life with a soft and easy tranquility, and gives us a pure and pleasant taste of living without which all other pleasure would be extinct.”6

This is because of all the possible adversities in life, only death is a certainty. From death there is no retreat, thus “let us learn bravely to stand our ground, and fight him. And to begin to deprive him of the greatest advantage he has over us, let us take a way quite contrary to the common course. Let us disarm him of his novelty and strangeness, let us converse and be familiar with him, and have nothing so frequent in our thoughts as death.”7

There’s more: “The premeditation of death is the premeditation of liberty; he who has learned to die, has learned to serve. There is nothing evil in life, for him who rightly comprehends that the privation of life is no evil: to know how to die delivers us from all subjection and constraint.”8 Reason, he tells us, offers the means to accept death; consider Nature’s position, “Go out of this world… as you entered into it; the same pass you made from death to life, without passion or fear, the same manner, repeat from life to death, Your death is a part of the order of the universe, ‘tis part of the life of the world.” He also quotes Lucretius, “Why not depart from life, as a sated guest from a feast?”9 He then goes on to explain the futility of trying to extend our short lives and the negatives of immortality. 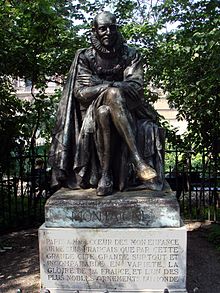 For Montaigne then contentment comes from rational withdrawal – particularly withdrawal from avoidable evils. In fact for him life can be divided into three periods; instruction, practice of good, and withdrawal. This later phase of life involves solitude and freedom from worldly concerns. However because death is unavoidable, confrontation with our mortality and preparation for death is both a virtue and the ultimate means to contentment.