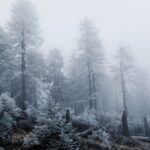 “In the depths of winter, I finally learned that within me there lay an invincible summer.” – Albert Camus.

We return now to the subject of contentment as a component of the meaningful life, having so far reviewed the major thinkers and traditions of the ancient Eastern and Western traditions. The earliest of the later philosophers, Boethius, could arguably be considered the last of the ancients, though he follows the fall of Rome and technically falls into the middle ages. We met this author of The Consolation of Philosophy in the section on Free Will, Fate, and Fortune.1 Written during his imprisonment which ended in his execution, that text offers insights into how philosophical reasoning can permit tranquility even during great misfortune. Thus we return to it to answer the difficult question of whether contentment can be secured in any and all circumstances including the worst vicissitude of life that some of us may be facing now and others among us may encounter in the future.

The approach Boethius takes emphasizes the larger picture over the smaller one, that is, recognition that the universe is good in general, no matter how it appears in our particular microcosm. Good and bad fortune are the inevitable result of the order and governance of the universe. Even within misfortune one can identify absolute goods such as loved ones and one’s internal resilience, while lost or absent “goods” are typically transient or superficial. Detachment from illusory goods and control of desire are the path to tranquility. One must seek not goods, but the good; and the highest good is the universe itself or God.2 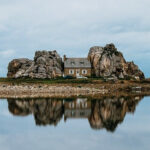 In Boethius’ words, “He that would build on a lasting resting-place; who would be firm to resist the blasts of the storming wind; who seeks too, safety where he may contemn the surge and threatening of the sea; must leave the lofty mountain’s top, and leave the thirsting sands. The hill is swept by all the might of the headstrong gale: the sands dissolve, and will not bear the load upon them. Let him fly the danger in a lot which is pleasant rest unto the eye: let him be mindful to set his house surely upon the lowly rock. Then let the wind bellow, confounding wreckage in the sea, and thou wilt still be founded upon unmoving peace, wilt be blessed in the strength of thy defence: thy life will be spent in calmness, and thou mayest mock the raging passion of the air.”3

Contentment then for Boethius, comes from recognition of a final truth, one in which we must discover for ourselves, one essential to human existence itself – that there is a goodness at the heart of things and love re-establishes a union with the principle of the universe as good and with Providence. 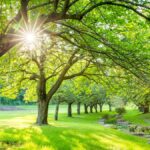 Philosophy alone tells us why we must accept our individual fortune within the construct of the cosmos, how to recognize true goods from false, and the means to self-mastery and internally-focused contentment. Simple, but difficult – no guide, no study, no meditation practices, no asceticism – just strength of reason and …strength of will.