“The man who casts off all desires with no thought of mine or me enters the peace.” – The Bhagavad Gita. 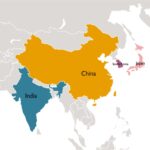 After ten blogs on Eastern paths to contentment, this summary will contrast and correlate their wisdom. The reader should be forewarned that what follows is a superficial and patently over-simplified account of these quite complex and variegated philosophies.

In seeking contentment, all of these philosophies require a degree of withdrawal or renunciation – more so in Hinduism and traditional Buddhism which favor complete detachment, less so in Taosim which promotes quietude over withdrawal, and perhaps least of all in Zen where focus on enigmas involves at least a temporary retreat from the world.

Contentment in all of them depends to some extent on meditation, though for Taoism contemplation may be a more appropriate term. Meditation or contemplation is focused on eternal truths rather than a divinity or prayer as is more typical in the Western religions. However, the key truths differ among the four traditions: (1) for the Hindu, the identity of one’s inner self or Atman with the whole of reality or Brahman, (2) for the traditional Buddhist, life as suffering due to conquerable desires and the non-self or no-mind, (3) for the Taoist, the Way and nature as the realm of opposites, and (4) for Zen, the non-dualist grasping of reality as a unity. 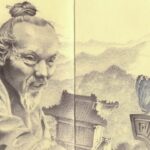 Each of these ideologies provides scriptures or texts which the seeker should consult. Hindu thought is presented in the Upanishads. The Bhagavad Gita, and the Yoga Sutra among others. Buddhism offers texts recorded by disciples of the Buddha and the Dhammapa plus the writing of countless later practitioners. Taoism is well expressed in the Laozi and Zhuangzi and the texts of later Taoists. Zen offers a large body of texts and parables from numerous prior masters. In addition, Hinduism, and Buddhism recommend seeking a master for optimal practice.