Zhaungzi also teaches us that contentment and tranquility are the platform for wu-wei.  “Discard the stimuli of purpose. Free the mind from disturbances. Get rid of entanglements to virtue. Pierce the obstructions to Tao. Honors, wealth, distinction, power, fame, gain – these six stimulate purpose. Mien, carriage, beauty, arguments, influence, opinions – these six disturb the mind. Hate, ambition, joy, anger, sorrow, pleasure – these are the entanglements to virtue. Rejecting, adopting, receiving, giving, knowledge, ability – these six are obstructions to Tao. If these twenty-four are not allowed to run riot, then the mind will be duly ordered. And being duly ordered, it will be in repose. And being in repose, it will be clear of perception. And being clear of perception, it will be unconditioned. And being unconditioned, it will be in that state of inaction by which there is nothing which cannot be accomplished.”5 In brief, by elimination of distractions and calculated action, calmness of mind appears and becomes the source of effective inaction. 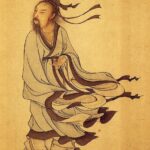 The last Daoist text I wish to introduce is Liezi (formerly spelt Lieh Tzu) attributed to a likely fictional sage, but considered “the third major classic of philosophical Daoism.”6  Like, but also distinct from the other Daoists, his fundamental philosophy asserts (1) that life and death are a natural cycle, and thus it is unwise to cling to life, (2) opposites are interconnected and complementary, (3) the Dao requires an attitude of selflessness and purposelessness, (4) life is an illusion, (5) knowledge is of limited use as it distorts one’s natural spontaneity, and (6) one’s destiny is ensconced in following the path of spontaneity (like a swimmer riding a current).7

Liezi offers a slightly different take on contentment from Laozi and Zhaungzi. His is more hedonistic, permitting pleasure in fine clothing, food, music, and sex, but also in helping others find pleasure as well. However he warns that overindulgence causes discomfort and is thus to be avoided. He appears to sanction pleasure and enjoyment which arise from natural spontaneity. Nonetheless contentment comes from rejecting conventional standards such as fame, power, or wealth, and by creating an individual natural path for oneself. 8

In conclusion, Daoism’s three great thinkers offer a panoply of advice on contentment, which I suspect can be tailored to some extent to one’s own sense of harmony with nature and curtailed intervention in the world. To be sure Laozi emphasizes humility,, the rejection of ambition, and the adoption of material simplicity, while Zhaungzi stresses disentanglement from passion and worldly concerns. But Liezi opens a door to  an epicurean style of life as long as it conforms to natural spontaneity. It turns out that each of us must find our own path when we follow the guidance of the Daoists. 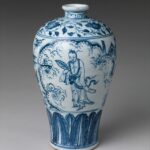