Last time I settled on the definition of contentment as being satisfied with what one is and has and having ease of mind. Today we delve deeper into my use of this word in the philosophical sense. First this kind of contentment must have an enduring quality much as Aristotle intends when he uses the word “happiness.” 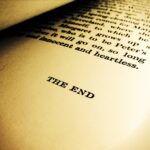 Of course one does experiences a level of contentment on eating a favorite dessert, finishing a book, or driving a new car, but it is folly to expect such contentment to be more than ephemeral. In fact, common pleasures, accomplishments, and material goods offer little in the way of enduring contentment. Instead the contentment forming a part of the meaningful life is a sustained, and preferably permanent feeling of satisfaction and peace of mind.

One close synonym is the word “tranquility” especially when a continuing feature of one’s life. Likewise  a persistent state of “calm,” “serenity” and especially “peace” in the internal sense approximate the meaning of philosophical contentment . However deep satisfaction – particularly regarding one’s virtue,  life course, and purpose – must be combined with lasting tranquility to fully describe contentment for the practical philosopher. We conclude contentment required for a fully meaningful life is best defined as lasting tranquility combined with internal satisfaction regarding one’s way of life, virtue, and purpose.

On the other hand contentment is not to be confused with pleasure which is admittedly a more dynamic feeling , but as such unstable. One can have too much of almost any pleasure, but never an excess of contentment or peace of mind based on genuine satisfaction with oneself and one’s circumstances. Joy too has dynamic connotations  as a positive emotion distinct from the even nature of contentment. 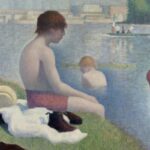 On the opposite end of this spectrum is ‘relief” which has negative connotations – the mere relief of pain or worry does not lead to contentment which by comparison has a more positive nuance. Leisure also connotes an absence, in this case of toil, but is at best a platform for contentment, though it is not essential. Clearly one can be profoundly content within a framework of ongoing even demanding purposeful work.