THE LOVE OF DEATH

In this section Mayer demonstrates how the negatives of life produce a desire for death. “That living should grow no more perfect with our practice of it – and, unlike in all our other undertakings, be most difficult when we have had the most practice of it – is enough to touch every satisfaction with conscious or unconscious unease, every joy with evanescence.”12 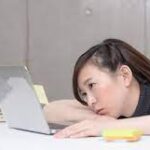 Life is indeed universally seen as difficult, full of sorrows, increasing pains exceeding any pleasure, the grind of labor, and worst perhaps, a weary monotony. He quotes an unnamed university president, “The aim of life is to get through it.”13 Even a life of delight looks forward to one incapable of it. Still nearly all hold on for dear life instinctually so it seems.

Death in his view is the failure of a system of systems, not ultimately natural as proved by unicellular organisms; nonetheless human immortality is “untenantable in no time”14 “It is the prospect of death that gives life its form and meaning.” 15 Time is essential to the movement of our lives; it is within us; we, not time, march on. It isn’t even clear we need more time given our tendency to ‘kill time’ or concede we have ‘spare time.’ Freud considered the death instinct (the need, not the desire, to die) stronger than the life instinct and claimed it as the reason for death’s eventual success. “Death is the only cure for what ails us all.”16

THE FEAR OF DEATH

However Mayer recognizes a universal fear of death which he suggests is not in fact the fear of dying, particularly for modern individuals where science eases the suffering of it. And yet we are still afraid. He notes Epictetus thought death was not terrible, only our thoughts about it. Santayana saw a positive in this, “The radical fear of death…is the love of life.”17 Plutarch disagreed seeing the fear of death as just that. 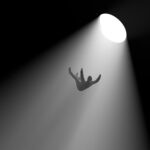 Mayer thinks this remains debatable, but we can agree that the source of our dread is our conceptualization of death as eternal night, unimaginable incorporeality and nonsensitivity, and the knowledge one will exist no more. “While I am, reality is. The world began when I was born. It ends when I die. And die I do, and this is unbearable, and I shall bear it.”18