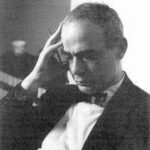 “Immortality is the hinge on which death hangs. – Milton Mayer.1

Several years ago my wife gave me The Great Books series as a birthday gift, and shortly thereafter I was at a local charity’s fundraising book fair where a collection of the annual updates, The Great Ideas Today (1961-1993), was for sale for $1.00 per volume. These precious books offer an immense amount of traditional and contemporary writing filling over 10,000 pages, including this 40-page essay in the 1965 issue.

Milton Mayer (1908-1986) was a journalist by trade, reporting on executions, murder and suicides in Chicago. By age 30 he was teaching at the University of Chicago and by 1965 was a professor of English at the University of Massachusetts. He claimed “in all modesty to know as much about death as any man alive.”2 While I cannot confirm the validity of that statement, his thoughts seemed worth a few hours of reading and three or four blogs.

He divides his essay into eight parts: an introduction, Immortality, Bury the Dead, The Undiscovered Country, The Love of Life, The Love of Death. The Fear of Death, and How to Die.

Is your interest piqued yet?

He starts, “Death is the one idea that has no history…Only death stands unmoved by man’s relentless compulsion to know.”3 In fact, he believes we don’t even know what death is other than as the negation of the idea of life and as such “an irremediable deprivation, possessed of no trace of existential reality”4 There is no report of the experience of death, but he thinks poets understand it best. Three aspects of modernity impact contemporary thinking on death – longevity, secularization, and total war. On the one hand, we may be able to extend life with science, however we remain certain death cannot be prevented. The demise of religion is likewise the downfall of the afterlife, and as such humanity turns from God’s work of ‘Life and Death’ to man’s work of ‘A Better Life.’ 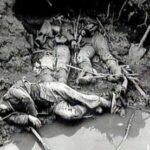 In opposition are recent historical events such as the carnage of the first World War, the mass exterminations in Nazi concentration camps, and the annihilation of entire human populations at Hiroshima and Nagasaki – events which suggest that death instead is the work of humanity and deprive it of individuality. In the end, death, and so life, are seen as absurd leaving only the futile hope of  a modicum of dignity in our dying.