“The effort to understand the universe is one of the very few things that lifts human life a little above the level of farce, and gives it some of the grace of tragedy.” – Steven Weinberg.

Given the difficulties of attaining cosmic purpose and the lack of expected utility for humanity we might wonder it there are sufficient benefits to justify this course of action. As in the case of societal purpose, there appear to be several orders of potential benefit via cosmic purpose of which three appear to be shared with societal purpose: subsistence, self-fulfillment, and legacy. The fourth and possibly least tangible benefit is cosmic value per se, but this may be partly mitigated by incidental human benefits as a fifth consideration. 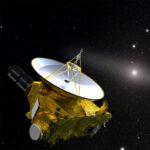 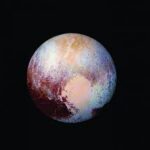 Like societal purpose, cosmic purpose can fulfill the need for subsistence of oneself and one’s dependents. However there is a meaningful difference in that personal compensation for one’s work in the cosmic realm is contingent not on a direct monetary value such as one finds in a business or a practical profession, but on the good will and shared vision of a government, an institution, or an individual benefactor. An intermediate source of funding serves as a filter to affirm the likely cosmic value of one’s efforts. A good example is NASA’s funding for the remarkable New Horizon’s mission to Pluto by the skilled team of dedicated scientists who of course also received  for their work salaries support.

Another dimension of benefit of cosmic purpose is its deeper personal rewards including again: identity, stability, creativity, virtue, satisfaction, contentment, understanding, and authenticity. 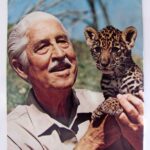 Starting with identity, the role one chooses for making a difference in the progress of science, the preservation of Nature and the Earth, or in humanity’s extraterrestrial future serve in defining one’s image of oneself in the world, even in the universe, just as much as their profession defines identity for the professor or the concert pianist in society. As before, one’s lifelong devotion to a cosmic purpose becomes integral to the very sense of self.