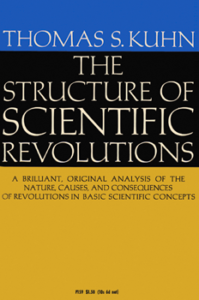 The third success factor is flexibility. Here I propose Thomas Kuhn as an excellent example. He began with an academic career in physics initially researching radar at Harvard during World War II.  His doctoral thesis concerned an application of quantum mechanics to solid state physics. Until 1956, he taught a class in science for undergraduates in the humanities from which he developed an interest in the history of science. In 1961, he took up a post in the philosophy department at the University of California Berekely, where he transitioned from the history of science to the philosophy of science  and his publication of The Structure of Scientific Revolutions in 1962. In this influential and controversial work, he argued the development of science is driven in normal periods by adherence to a ‘paradigm.’ The functions of the paradigm are to delineate problems for scientists to work and provide the tools for their solution. When the accepted paradigm fails to account for increasing numbers of aberrances called ‘anomalies,’ a crisis ensues and a scientific revolution follows wherein the existing paradigm is superseded by an alternative which is not fully commensurable with the science developed under the earlier paradigm.4  Like Michelangelo who accepted cultural purpose in painting not sculpting for Pope Sixtus IV, Kuhn achieved cosmic purpose, not by sticking to his comfort zone in physics, but by being flexible enough to find his perfect niche. 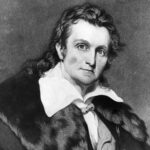 The fourth success factor is enjoyment, that is, success is more likely if one chooses work one enjoys that can also serve as cosmic purpose. Consider John James Audubon, who combined his love of nature, painting, and travel into an enduring cosmic purpose. In his Mississippi River Journal he writes, “Ever since Boy[hood] I have had an astonishing desire to see much of the World & particularly to Acquire a true knowledge of the birds of North America.”5 The famous Henry Clay wrote a letter of introduction in August 1820 stating, “I have the satisfaction of a personal acquaintance with Mr. John J. Audubon…being about to take a journey through the southwestern portion of the country with the laudable object connected with its natural history, I have great pleasure in recommending him…”6  Imagine Audubon leaving Cincinnati on a flatboat in the first quarter of the 19th century in his words, “…without any Money My Talents are to be My Support and My anthusiasm [sic] My Guide in My Difficulties, the whole of which I am ready to exert to keep and to surmount -.”7 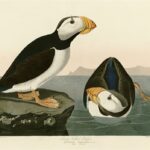 Anyone who has seen the work of Audubon, not just his paintings of birds, but also his work on mammals (Quadripeds), his observations on Native Americans, and his scientific journals, cannot help but perceive his great cosmic purpose and the rationale for his name being nearly synonymous in our time for wildlife conservation.

4The Stanford Encyclopedia of Philosophy, Thomas Kuhn. (An example would be the paradigm shift that occurred when Newtonian physics yielded to Einsteinian physics.)