Last time we looked at personal decision factors in the choice of cosmic purpose. Now we move on to external factors. As with societal purpose, these fall into two general types: environmental (geopolitical and cultural) and temporal (historicity and destiny). Ultimately environmental factors will be mainly  impediments to one’s purpose such as whether an activist will be thwarted by the lack of political will to make the sacrifices necessary to slow climate change. Conversely temporal factors will be mainly motivational, such as the task to save a rare species before it is extinct. Pure science and mathematics are the exceptions here. 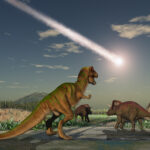 In the pursuit of the highest possible purpose, we come upon the paramount of factors, our beliefs on the destiny of the earth and of the universe. The Earth has suffered 5 prior mass extinctions and many more less severe ones. As Carl Sagan and Michio Kaku have argued, given the apparent rarity of life and intelligent beings in the cosmos as we know it, and our unique position as the terrestrial creature that can arrange off-planet travel, a cosmic purpose for our species is to preserve lifeforms including our own perhaps by colonizing another planet (most likely Mars). Thinking still further out, Fred Adams and Greg Laughlin in their intriguing book, The Five Ages of the Universe remind us stellar research shows that in a few billion years Earth will be uninhabitable due to solar expansion into a red giant and life in our solar system will be untenable after the Sun’s death in perhaps 5 billion years. By their calculations, an accidental galactic colonization of the Milky Way would require about 3 trillion years, but an intelligent one would take only about a billion years. A tangible cosmic purpose is to be a part, no matter how small, of that multigenerational effort to facilitate life’s spread in the universe.

Our last category of decision factors on cosmic purpose are intrinsic ones – magnitude, quantity, proportion, measurability, and likelihood of success. One might argue there are no small cosmic purposes;  size is completely subjective. 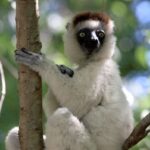 Preservation of the most minor of species is of great import given that each is the result of nearly 4 billion years of evolution. Issues of quantity and proportion are much like we discussed for cultural purpose, though with cosmic purpose, quantity is likely to be few or one and purpose will nearly always be shared with others. Measurability and likelihood of success are lower in cosmic purpose especially since any effects on Nature may be temporary no matter how apparently successful (revitalizing a species off the endangered list is no guarantee of its eventual survival). All cosmic purposes have lower likelihood of success than most cultural ones; and this must be accepted at the outset.

At the end of the day, one must balance the negative environmental and intrinsic factors against the temporal pressures while factoring in one’s capabilities and tolerance. At that point one must make a leap of faith towards a cosmic purpose that validates a meaningful life.