The second dimension of cosmic reality for consideration is Nature,  meaning the environment of Earth and the living things which inhabit it. Geologists tell us the Earth is about 4.5 billion years old and has sustained immense transformations from an initial fiery ball through alternating periods of cooling and warming, the appearance of bodies of mostly liquid water, and varying formations of land floating on mobile tectonic plates. 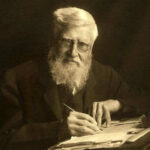 Paleontologists tell us the earliest forms of life appeared perhaps 3.9 billion years ago in the oceans, migrated to land at least 500 million years ago and have undergone nearly continuous alteration throughout their history. In the 19th century Charles Darwin and Arthur Russell Wallace made convincing cases  for evolution via natural selection as the underlying mechanism of variation of species, a theory strongly supported by the later science of genetics.

Meanwhile astronomers have been searching for evidence of extraterrestrial life for several decades without success. Many of us hope that is a temporary situation, but until we can confirm life elsewhere, we must entertain the possibility that life is restricted to the Earth. We must also recognize that for now, Homo sapiens is the only species that can intelligently impact the environment of the Earth and its biology. Thus we come to the crux of our analysis – through the slow process of emergence and evolution, the universe has brought into existence the most complex entities known (life) on a single fortuitous planet with an accommodating sun. We must remember that every species of life on Earth is not only the product of billions of years of this process, but also entirely dependent on the unlikely environment Earth provides. Thus we should act as if this is the ‘purpose’ of the universe operative at our level. 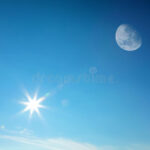 Only the Sun and the Moon have clear purpose while Jupiter may have one as well. The Sun’s energy radiation is obviously essential to maintain the habitable environment of the Earth. The Moon has effects on the tides in our oceans and perhaps other critical influences. Jupiter may serve as a clearing mechanism for stray objects (asteroids, comets, and the like) which might otherwise impact the earth with catastrophic consequences. Additional ‘purpose’ can be assigned by the human imagination for other planets and moons in the solar system mainly as potential places for colonization and the spreading of Earth life – Mars being the most obvious.

In summary, cosmic reality can be seen to have ‘purpose’ as the movement towards increased complexity and compartmentalized order. At our level of existence, science has purpose as those laws and explanation that reveal and underpin the order intrinsic to reality and permit understanding and potential manipulation, Nature is the fulfillment of the universe’s seeking of complexity and variety, and the solar system provides the contextual support for Earth’s environment and perhaps offers future destinations for its life.