“We have further illusion, in respect to living systems, that Nature’s ‘purpose’ is the development of increasingly complex forms and systems which are then selected for continued survival and/or evolution as experience proves their value for such ‘ends’ or ‘purposes.’ ”- Jonas Salk, The Survival of the Wisest. 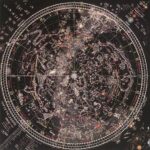 One of the three great unanswerable questions about reality for humanity is: “Why is there a universe (or anything at all)?”1 This question is distinct from the similar:  “How did the universe come into existence (if it is not in fact eternal)?”  The former question is perhaps more precisely rephrased as: “What is the purpose of the universe?” While asking this question may appear presumptuous or even irrational, the answer, should one be found, will inform cosmic purpose for us.

In the section Teleology on this site, I addressed many of the issues around design in relation to Nature and the Cosmos including the applicability of purpose to them. In the absence of a designer (God or a demigod perhaps), the universe appears to be in effect, auto-designed through a reinforcing process of emergence and evolution. Based on our limited faculties, we cannot infer intelligence or intention in a self-organizing universe, but it seems reasonable to say purpose in this model corresponds to the chronological directionality of the universe. In other words its purpose is to continue on its course and actualize all of its continuously  emerging potentialities. When married to the sub-definition of good as that which promotes existing non-human reality in the universe, purpose at the level of cosmic reality for humankind must be promoting the recognizable trajectory the universe is taking.

While this may be a leap for some, the alternative comes down to seeing the universe as meaningless, inscrutable, or absurd, all subjective conclusions less defensible than the one I propose. 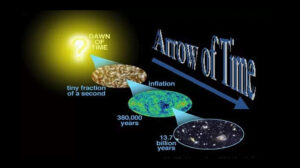 The science of cosmology demonstrates that the universe is ordered, lawful, and progressive. Its history is revealed not as random but as directional with simple, small particles transforming into larger and more varied elements, and of amorphous gas clouds condensing into stars, planets, and black holes, which then may spontaneously organize into galaxies. Under favorable conditions inorganic evolution provides an environment where life may and perhaps predictably appears allowing organic evolution of the most complex entities known including some capable of consciousness and intelligence. Notwithstanding accusations of subjectivity, it remains entirely rational for one to see the self-determined ‘purpose’ of the universe as the movement towards increased complexity and compartmentalized order.

1 The other two are “Does God exist?” and “What happens at death?”