Last time I introduced Will Durant’s final book, Fallen Leaves, and discussed his metaphysical views from Chapter 6 regarding the soul. In that same chapter, he also addresses determinism which he rejects since it “would make consciousness a superfluous encumbrance, and I doubt if so remarkable a development would have persisted if it had no value for survival. Part of its value is that it can serve as a rehearsal stage for testing diverse possible responses to a situation…”9 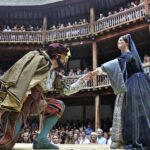 He admits determinism seems irrefutable based on logic alone, but thinks it fails at the level of a Shakespearean play where “its distant cause and explanation in some gaseous primeval nebula…is harder to believe than any medieval miracle story.”10 He believes the escape from the reduction of the universe to purely mechanistic rests in a ‘power of spontaneity’ in nature, manifest in humans as the ‘procreant urge’ of the soul. For humans this freedom is facilitated by the world’s ‘conflicting vitalities and wills’ of which the ‘laws’ of mechanics, in his opinion, may be an approximate average as is implied in physics by Heisenberg’s uncertainty principle.

In the next chapter Durant discusses God. He admits outright that he is a theological skeptic arguing any evidence for order and design in the universe is countered with contrary evidence of disorderly randomness and design flaws. In addition, the abundance of undeserved suffering undermines belief in an all-powerful and benevolent deity. He proposes an alternative theology based on our understanding of evolution wherein life, not matter, is the essential comic process. “Life itself can be the new God…this is the God I worship: the persistent and creative Life that struggles up from the energy of the atom… This is a very old philosophy; otherwise I would distrust it.”11 He also tells us we should not be surprised that this God is not personal as personality belongs only to parts of creation, not the creative force itself. 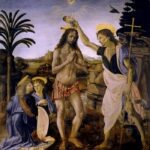 In this and the next three chapters, Durant synthesizes his religious principles on a Christian foundation. He deeply admires the personality and ethics of Christ, and thinks the story of Christ is the ‘best ever,’ and thus remains committed to behave like a Christian. He distinguishes this from his Catholic upbringing, although he finds much of the teaching of the Church makes great sense metaphorically, for example, original sin as symbolic of man’s base instincts of greed and pugnacity. He concludes that while in our time of general disbelief, religion is moving to “the sincere acceptance of the moral ideas of Christ,”12 viewed historically, “the Church can make an impressive case for itself as an indispensable bulwark of morality.” 13