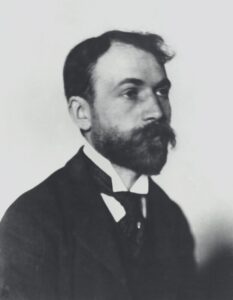 “The effort to build a House of Life where man will be able to attain the highest development that his animal nature will permit, taking him even further ways from the jungle and the cave, and bringing him nearer and nearer to that humanistic society which under the name of Paradise, Elysium, Heaven, City of God, Millennium, has been the craving of all good men these last four thousand years and more.” – Bernard Berenson, Aesthetics and Culture, his definition of culture.

So far we have seen two viewpoints on the purpose of civilization; those of Aristotle and Confucius who stress its role in the establishment of order, propriety, and the mechanism for a good life; and those of the Enlightenment thinkers – Bentham, Locke, Rousseau, and Mill – which emphasize the functions of the state in preserving life and the natural rights of citizens, while maximizing happiness or pleasure for the greatest number. The reciprocal purpose of the individual for the ancient thinkers then is to live in harmony with others, to behave according to accepted standards, and to perform a service which contributes to the good life of all. For the later thinkers the purpose of citizens is to defer to the authority of the state and to limit one’s freedom and pursuit of happiness to that which does not directly interfere with the freedom and happiness of others.

These principles endure into modernity to varying extents, but some nuances and alternative notions appear, of which I would like to consider two. The first is George Santayana who, in The Life of Reason, distills the purpose of civilization into three chief aims – greater wealth, greater safety, and greater variety of experience. In his view, natural existence with its quick succession of generations is hostile to deep reflection or rationality. Civilization makes rationality possible, but at the expense of the surrender of some freedoms. The state does not exist per se to permit the rational so much as to justify limitations on personal freedom that permit a life of reason. Those justifications are the added wealth, safety, and variety of experience. 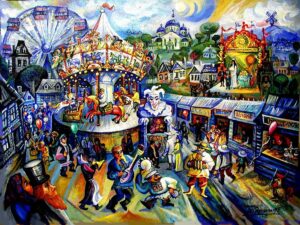 Santayana defines wealth as the gathering of goods for future use which in turn depends on human reason in planning, working, and innovating to increase those goods available. Safety is necessary when there is something to preserve and when the prolongation of life serves to increase its excellence; in contrast to  the case of  animals which are “degraded and rendered passive and melancholy” by extension of their lifespan through domestication. The excellence of longer human life is the variety of experience available in civilized society, not just increased instincts and functions that might lead to discombobulation, but desirable variety within “the circle of perfection.” That is, not all variety is good, for example double vision, nor all consistency bad – we do not tire of possessing two legs. “Accordingly, an increase in variety of function is a good only if a unity can still be secured embracing that variety…”1