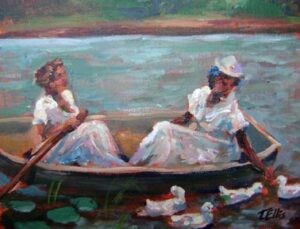 Because friendship adds a luster to a meaningful life that even romantic love and family often fail to provide, philosophers have traditionally placed great emphasis upon it. Friendship appears superior due to its absence of physical desire (compared to romantic love), its basis in absolute and reciprocal free choice (unlike family), and its profound intimacy and mutual altruism (unlike acquaintance). Others such as Socrates see it as an ineffable, transcendental experience. Its purposes are thus manifold. Practically friendship offers pleasure in being together and help in time of need. Deeper purposes include: growth of the self, as one means to self-perfection and happiness, and as metaphysical confirmation of the other in reality and of the universe in the finite.

Acquaintances – which I have defined as persons to whom we have been introduced, had multiple encounters, and easily remember – are philosophically more problematic. There is a consensus among philosophers that we have a natural need for other humans making acquaintances essential to a good life. While purpose here includes practical values such as assistance of various types (e.g a teacher or  physician), most social acquaintances are more ambiguous. Philosophers seem to fall into two groups: (1) those who see more value than harm, (2) those who scoff at superficial relationships. (A third group, for instance Aristotle, appear agnostic or never address them at all.) The first group exemplified by Ralph Waldo Emerson and the biblical thinkers seem to seek the good in all people, which is likely a duty we have to others of our species. The second group exemplified by the Roman Stoics and Arthur Schopenhauer see the majority of familiars as a test of our ability to maintain tranquility and composure and as a means to understand humanity in its many dimensions. Still it appears undeniable that acquaintances serve at least as a source of friends with their attendant benefits. 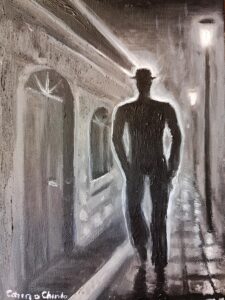 The last class of others where purpose can be sought is strangers. Since a stranger with whom we make contact is de facto converted to an acquaintance, purpose regarding strangers is relegated to attitudes we have to individuals we have not met and to our conduct on initial meetings. One purpose is to overcome psychological obstacles of unsociability while another is to avoid the prejudice of xenophobia. Expected benefits include the experience of the marvels of diversity and the opportunity for novel relationships of greater breadth. Encounters with strangers offer opportunities to enhance the quality of life for each through propriety, charity, and welcoming. The remaining facets of ‘strangerness’ – estrangement from former familiars and alienation from groups or society in general – become purposeful in their opportunity for learning, growth, and self-improvement.

At some point in life each of us will experience existential feelings of another or others as indifferent, inconvenient, or malevolent – as veritable threats to our psychological or subjective ‘being.’ This derives in part from the primal survival instinct and the sense that we are the object of other’s judgments and perhaps manipulations. If Gabriel Marcel and Karl Jaspers are correct, we can learn that these feelings are overcome by ‘presence’ or spiritual availability and by the need for each of us to participate in the world we inhabit, accepting the interdependency that is integral to the human condition.

Next time we begin a new section on purpose and cultural reality.