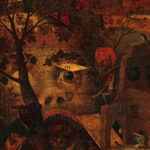 “Hell is other people.”– Jean-Paul Sartre, No Exit.

Before we pull together the various parts of purpose and proximate reality, I would like to consider briefly the concept of ‘other’ in existentialist practice where all  people – familiar and unfamiliar – are grouped in opposition to oneself. Following Rene Descartes’ separation of reality into the immediate or mental and the perceived or physical and Immanuel Kant’s epiphany that humans can never know a thing as it really is – the ‘thing-in-itself’- but only our perceptions of it, later German idealists started European continental philosophy on a course of paring the subjective from the objective. Johann Gottlieb Fichte began with a theory that the immediate self was transcendent and distinct from the posited world we experience including one’s ‘non-self’ as just another posited object.1

Later Edmund Husserl developed phenomenology to examine the world, but proposed a reflexive process he called ‘transcendental-phenomenological reduction’ through which he thought we can identify a ‘transcendental ego’ or ‘pure consciousness’ for which everything else in the world is an object. In his late works Husserl suggested the transcendental ego even survives the disappearance of the world (including the worldly self), a theory seemingly in line with Fichte’s thinking.2 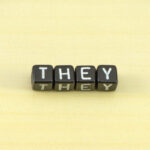 Martin Heidegger picked up next although he denied the transcendental ego. Instead he locates human existence or dasein as ‘being-in-the-world,’ with the unfortunate consequence of  the forfeiture of real being in the distractions of everyday things and people – the ‘they.’ Humanity then is “the indifferent and anonymous crowd – das Man” and our everyday existence is entirely public with and for others, alienated from our true being.3

Enter Jean-Paul Sartre who argued Being  consists of two components; (1) being-in-itself which is fixed, complete, and absolute (essentially the world of objects and things), and (2) being-for-itself which is incomplete, fluid, and indeterminate (effectively human consciousness). We, as being-for-itself, live in the temporal world with ‘others’ and, in fact, need others to fully realize our own being, thus we are also being-for-others making these two facets inseparable. This sense of ‘other’ is disclosed in feelings of shame (i.e. the ‘self’ exposed to the ‘other’) and in the phenomenon of ‘the look’ (of the ‘other’) which threatens to turn one into an object or being-in-itself and thereby endangers one’s freedom.

For Sartre the only defense is an objectification of the ‘other’ leading to a continuous back and forth battle of subjectivity versus objectification. Worse one’s body is utilized by the ‘other’ turning one’s physical self into a body-for-the-other. As  a result love fails because inter-subjectivity cannot be achieved and objectification is inevitable. In effect, Sartre argues that there is no being-with-the-other, no authentic relationship with the other people.4