In the last five posts, I reviewed Bryan Magee’s final publication, Ultimate Questions, purportedly his only attempt at original philosophy, and a book he hoped might justify his place among the greats such as Locke, Hume, or Kant. Below is a list of the main points I extracted from my reading arranged in logical order rather than in the sequence found in the book.

1.  Reality is only partially accessible and understandable to humans because our sensory apparatus is limited to that necessary for our evolution.

2.   In spite of all humans have learned and will learn in the future, we cannot know or understand everything.

3.   Direct experience of reality is more genuine than concepts related through language.

4.   To the extent we can understanding the nature of things it is found partly within and partly without, thus accessible through philosophy, and art as well as science.

5.   God and religion are unacceptable explanations of the unknown especially since they impede further truth-seeking.

6.   We can be certain of some things, but not know why (e.g we ought not torture children).

7.   For most things, certainty is impossible, so we should remain generally agnostic, and pursue progress in understanding, rather than proof.

8.   Anything, even things we find inconceivable, may exist.

9.   Morality may be grounded on the inner connectedness of human beings.

10.  We exist involuntarily in a universe that is mysterious to us and the challenge of living is to live out our lives without understanding everything while remaining aware of our ignorance.

11.  Existence and consciousness are miraculous and inexplicable but thrilling.

12.  We can never know the thing-in-itself, thus the empirical world is subjective and while at death it may be we enter the nuomenal world, it is more likely we lapse into nothingness along with our unique empirical world. 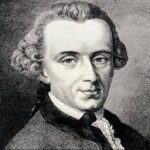 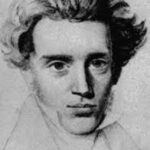 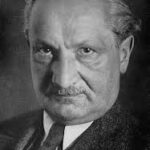 Magee’s personal philosophy seems to me a mix of Kantian metaphysics and Kierkegaardian and Heideggerian existentialism. As with the Roman stoics, his thoughts appear not so much original as syncretic. To me, he is, with Mortimer Adler, Will Durant, and Walter Kaufmann, one of the four great 20th century scholar-philosophers who encapsulate and elucidate the thoughts of the greatest philosophers and thinkers of the Western tradition while introducing new perspectives and ideas within the schools they explore. Therein they offer a greatness and originality of a type different from their subjects, but arguably as vital to our modern understanding of the progress of philosophy and its place in our lives.