In the last four posts I have been reviewing Ultimate Questions, the final book by the British philosopher, Bryan Magee, and today we come to the final chapter, titled Our Predicament Summarized. It begins with the enigma: “I know that I exist, but I do not know what I am. Or rather I do not know what ‘I’ is.”28 Whether we are entirely physical or may have a soul that survives bodily death is unknown as is confirmed by the many variations of religious and philosophical beliefs. This is not because of the nature of our being, he argues, but because of the nature of our knowing. 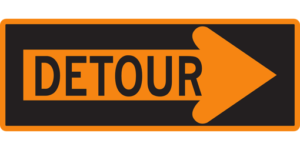 The result is that most of us avoid thinking about the existence of the soul or what happens after death, while others embrace faith – positions Magee believes we should tolerate in others, but which are a detour from the pursuit of truth. Psychological defenses such as these may promote survival and thus trump truth, but he still thinks from time to time we should face these unknowns, because evasion leads to behavior in life that is shallow or perhaps false.

Science can reveal much, but not everything, about reality, especially one’s inner self which cannot be accessed by others for objective study, and yet inner experiences, for example love, are some of the most important we have. Therefore “the understanding of the nature of things lies partially within and partially without”29 hence not only through science, but also philosophy and the arts.  All are however fallible. Finally he arrives at the concept of ‘self’ which he admits we can never fully apprehend, but which he believes exists as proven by our agency, particularly our moral agency.

Despite the futility of a final answers, Magee tells us that philosophy is still worth doing as proven by the amazing insights of our predecessors, for example Locke and Kant. The quality of life is different with this searching. 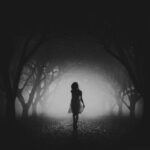 “We may not know where we are, but there is a world of difference between being lost in daylight and being lost in the dark.”30 We cannot simply approach life in hopeless bewilderment and passivity – we must act in the world.

His philosophical approach comes down to the recognition that we can never attain certainty., and thus wishes to be known as an agnostic – in fact ‘the agnostic.’ To him it is better to engage the world provisionally, not dogmatically, always open to revision in the light of experience and criticism. We should live ‘as if’ we can rely on our best existing knowledge, but not consider that knowledge certain. He denies this is relativism as he asserts some views are not as good as others; instead he believes in a progression of truth via criticism and re-evaluation, or more accurately he believes in the pursuit of progress, not the pursuit of proof.  Next time we will conclude our analysis with a summary post; join me then.