In the last three posts I reviewed the first five chapters of Bryan Magee’s final book, Ultimate Questions. Now I will summarize the sixth chapter called Personal Reflections. It begins with a contrast between language based concepts of reality and direct experience of it. “Uniquely specific, direct, non-linguistic experience is the element in which we live, and it is radically different from conceptual thinking.” 22 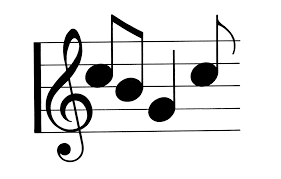 Demonstrative examples are music, other arts, and perhaps sexual activity. In a sense language and conceptualization obtrude on direct experience. “Everything that matters most cannot be talked about.” 23 If consciousness transcends the material world, then “the objects of consciousness as we directly experience them, cannot be material.”24 This is corroborated by our sense that relationship with a person is not with a material thing, but seemingly with something ‘inside.’ It is also reflected in Einstein’s “assertion that the fundamental insights from which our scientific understanding of the world derives cannot be reached by logical thinking or by observation, but only be feeling into things (Einfühlung), intuition, acts of creation.”25 In other words, critical thinking alone cannot answer the fundamental questions of life.

For Magee, this explains his attitude of existence as miraculous or unbelievable, and living as thrilling, no matter the conditions. “Existence as such, the fact of there being anything at all, is terminally inexplicable.”26 His wonder extends to the orderliness of existence, the correspondence of our makeup with that of universe’s other structures. “It looks as if something ungraspably colossal is going on that has some kind of cohesion and identity, and is characterized by structures that are intelligible to the human mind.”27 After existence the most marvelous and ineffable thing is consciousness which is not the same as identity as is proven by our going to sleep every night. 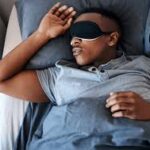 His individual existence, he admits, is probably not permanent (though it may be), and the thought of permanent oblivion is frightening to Magee. But that fear is lessened by the knowledge of the life already lived and the reduced thrill of living in advanced age. For him the fear of death has given over to grief over the loss of everything.