In the last two posts I reviewed the first three chapters of Bryan Magee’s final book, Ultimate Questions. In the fourth chapter called Can Experience Be Understood?, he restates Kant’s proposition that we can never know a thing-in-itself, only our experience of it.  Because “our conceptions and apprehensions of things are not constituent parts of the things apprehended,”14 it follows “reality is not and cannot be ‘like’ representations and thoughts.”15 The implication of this is that the empirical world is different for everyone and none of us can know what the world is like for another.  Seen reflexively, this means we can never understand the us others experience. By this line of thinking, the ‘empirical world’ is subjective not actual and did not exist before minds and will end when all minds disappear. 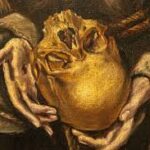 This is a tricky concept since on initial hearing one is inclined to respond that  the world will be just as it was when we experienced it after there are no minds, but that is a misunderstanding  of the point. And the point is important since one implication is that at death (then mindless), we escape the empirical world and possibly enter the nuomenal world or ‘real reality’ as envisaged by, for example, Plato or religion, though he thinks this is doubtful. On the other hand when we die our unique empirical world comes to an end as well, thus both may lapse into nothingness, though that too is not certain.

In Chapter 5, Where Such Ideas Come From, he indicates his aim in writing the book is to express his thoughts as ‘directly as possible’ on the fundamental human condition, particularly as apprehended in his own existence rather than extracted from his reading of others. His two realizations of ‘bodily existence’ are (1) the contingent truth of the sensory equipment we have and (2) the dependence of  our sensibilities and categories of understanding on that apparatus. Therefore despite the devices we create to augment the senses, there will always be a limit on what we can know and understand. “We cannot get outside our apparatus. In fact, in one sense, we are our apparatus.” 16

At the end of the day, our concept of a thing, e.g. time, is not the reality of it. “In itself reality’s mode of existence must be unintelligible to us. This is so even in regard to our own existence.” 17 This means not only that there is much we can never know, but also that knowing itself is confined by the apparatus at our disposal, all of which is contingent on “the empirical circumstances that brought it about in the process of evolution.”18  It also means that “to conclude that nothing inconceivable can exist is an error,” 19 which also means “Anything else may exist.”20 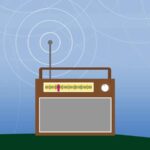 He uses the example of radio waves; consider the deceptiveness of empirically empty air that contains innumerable radio waves we were unaware of until relatively recently. He concludes, “the most important single truth in philosophy…however difficult it may be for us to grasp, most of reality is unknowable by us and, – because beyond all possibility of apprehension – unconceptualisable.” 21