Last time I reviewed some background information on the late 20th century British philosopher, Bryan Magee, and reviewed the first chapter of his final book, Ultimate Questions. In the second chapter called Finding Our Bearings, he  begins by addressing the metaphysical argument for fate – that since a statement about future events is either true or false and always was, all events are fated to occur.7 Magee argues this is a confusion of linguistic reference with casual connection. 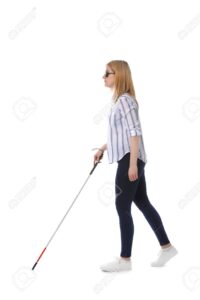 He notes that besides the future are other aspects of reality “permanently outside the possibility of human apprehension”8 due to limitations of the sensory equipment we possess to assess the world. He offers the analogy of a congenitally blind person who can have no notion of color nor comprehend what we mean when saying we see something. Due to similar but unknowable limitations, we may never be able to explain consciousness, free will, or even ethics, but we are still certain of some truths without knowing why, for example that we should not torture children. In spite of this ignorance, we still ought not try to assemble from what we know the totality of reality nor speculate as for example using God as an explanation for the unknown. The chapter ends with the conclusion that seeking the truth means leaving religion behind.

The third chapter, titled The Human Predicament, begins with existential observations of our involuntary appearance in the world, our ‘primal’ relationship to the universe, and the contrast between our material and our inside subjective sense of self. Like Fichte and Heidegger he accepts the inescapable sense of being a “living-seeing” or a “being-in-the- world.” His original insight is that we do not apprehend other people like we do other objects, but more like we apprehend ourselves. 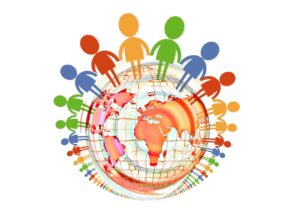 He suggests there is an inexplicable, invisible, immediate connection of our inner beings to those of other people which he calls an ‘inner oneness’ that may be the foundation of morality. But there’s more: “…the notion of inner oneness may possibly contain the key not only to morality, but to the enigma of life itself. According to the theory of evolution, a living individual existence has been passed on unbrokenly, continuous, self-renewing, from the amoeba to everything living today.”9

On morality, he adds “we can never be sure that something is right though we can be sure that something is wrong.”10 He uses two historical examples, first Socrates who said he had an “inner voice that occasionally told him not to do things, but it never told him what to do.”11 This certainty of wrong can lead to a commitment transcending even live and death, as in the case of Socrates who died rather than deny truth or flee the consequences of his denial.

The second is Martin Luther who chose to appear at the Diet of Worms at the risk of death due to his beliefs, and offered only, “Here I stand. I cannot do otherwise. God help me.”12 He ends the chapter again arguing religion is the wrong response to the mystery of existence and inner connectedness, suggesting explanations have a developing history and should not be pre-empted with speculation. In the meantime, regarding the world we live in, “the challenge is to live in it (and die in it) without understanding it, and without closing our eyes to the fact that, whether we like it or not, it is our situation…”13