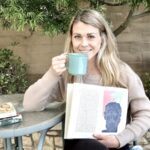 “If you want to gain control of pain, open up this blessed book and enter deep within it. Its wealth of philosophy will bring you to see with ease all the future, the present, and the past, and you see that joy and distress have no more power than smoke.”– Simokattes Theophylaktos (attributed), codicil to Book 12 of Marcus Aurelius’ Meditations.

We have now reviewed the thoughts of three famous Stoics on purpose and acquaintances: Cicero who sees their purpose in a fundamental need of humans for society and as the field of moral duties; Seneca who considers them a kind of necessary evil and test of virtue on the road to tranquility; and Epictetus who sees them as unavoidable and of limited value except for cautious enjoyment and as the arena for modeling philosophical principles. Today we delve into the mind of our last Stoic, Marcus Aurelius (121-180 CE), Roman emperor and philosopher.

His book originally titled To Himself, but now universally called Meditations, has three functions – the exploration of metaphysics, mental exercises in self-control and tranquility, and a Stoic approach to dealing with society which has the appearance of a philosophical cognitive behavioral therapy. Consider this quote: “Do not come back to philosophy as schoolboy to tutor, but rather as a man with ophthalmia returns to his sponge and salve, or another to his poultice or lotion. In this way you will prove that obedience to reason is no great burden but a source of relief.”1 It is this latter function we investigate now.

Marcus’ philosophy is centered on Providence (or universal order), human rationality, duty, and the universal brotherhood. The text is addressed to himself and thus does not consist of rigorous philosophical arguments, but intense reflection and distilled self-counsel. He accepts the premise that one has a duty to participate in the affairs of the world via a ‘directing action’ or praxis. 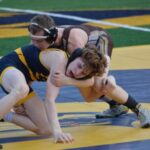 Societal life then is analogous to a wrestling match or contest where providential duties are completed in a virtuous manner and with tolerance of one’s fellow human beings.2 About one third of Meditations describes intellectualized techniques for dealing with others that facilitate equanimity and serenity.

In general, the most powerful method he describes is withdrawal into the self although this must be balanced with social involvement and fulfillment of one’s role in the world. A second method is to recall the insignificance of all events and all people, including oneself, in comparison to eternity and the cosmos.3 A third method is to remind oneself that all people have faults, including oneself, and thus it should come no surprise that offensive action or speech is at times directed at oneself. And the fourth is to remember that fame or recognition by others is ultimately meaningless; whereas consummation of duty keeps one in harmony with the universe and its order.