“Those are only to be reputed friendships that are fortified and confirmed by judgment and length of time.”  – Cicero, De Amicit,

We come now to the last of our great thinkers on the subject of friendship, Ralph Waldo Emerson, who lived from 1803-1882. Trained as a preacher, he seems to have given up religion in favor of philosophy following the loss of his wife after only two years of marriage. 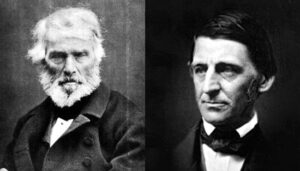 He left his church to travel Europe where he met several literati and befriended Thomas Carlyle. He returned to America a few years later as a philosopher and wrote and lectured in perhaps the most poetic prose of any American to this day. For that reason I prefer to quote extensively from his essay.

Friends he thinks seem to come to him unsought, a gift of God, “a possession for all time” worthy of “devout thanksgiving.”1 “Friendship, like immortality of the soul, is too good to be believed.”2 He believes we all seek friendship where we learn that “the soul environs itself with friends that it may enter into a grander self-acquaintance of solitude…”3

“The laws of friendship are great, austere, and eternal, of one web with the laws of nature and of morals.”4 Friendships are not fragile, “but the solidest thing we know.”5 They are made up of two components: truth and tenderness. “A friend … is a sort of paradox in nature. I who alone am, I who see nothing in nature whose existence I can confirm with equal evidence to my own, behold now the semblance of my being, in all its height, variety, and curiosity, reiterated in a foreign form; so that a friend may well be reckoned the masterpiece of nature.”6 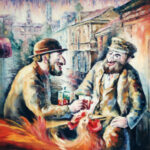 Friendship exists for aid and comfort throughout life, during serene and rough times, in order to dignify us with “courage, wisdom, and unity.”7 He disagrees with others who assert perfect friendship requires natures so rare and costly that it cannot exist between more than two, instead imagining a “circle of godlike men and women variously related to each other and between whom subsists a lofty intelligence.”8 But he seems to waiver a bit admitting that mixing more than two inhibits the quality of conversation, and conceding true friendship requires a rare mean between likeness and unlikeness.