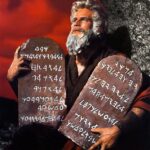 So far we have analyzed the externalization of purpose as directed towards romantic love, marriage, child rearing, and extended family; last time ending on the metaphorical extension of family feelings to humanity in a leap to universal brotherhood. This would leave us in a state of communal anarchy – utopian in hope, but impractical in experience, as no community or people has ever sustained a successful leaderless society.

From the paradigm of family we now extract one final element, filial piety, or respect for and deference to one’s elder relatives, especially the family patriarch or matriarch. In response to the  the unwavering love, duty, and sacrifice made by parents to a child emerges a corollary virtue, filial piety. Reciprocal duties incumbent on children “arise from a principle of natural justice and retribution. For those who gave us existence, we necessarily owe subjection and obedience during our minority, and honor and reverence ever after…”1 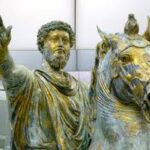 In the West we look to the example of Marcus Aureelius whose Meditations begins with a listing of his debts to his ancestors – lessons in decency from his grandfather, integrity and manliness from his father, and piety and generosity from his mother. He further acknowledges a debt to his great-grandfather for his private tutoring and to his adoptive father for his example of humility and love of wisdom and philosophy. In return he assumes obligations including refraining from offending them, following their teachings, and transmitting their values to his offspring. The great stoic philosopher and emperor unmistakably expresses the importance of filial piety in the meaningful and productive life.