“What’s true of all the evils in the world is true of the plague as well. It helps men to rise above themselves. All the same, when you see the misery it brings, you’d need to be a madman, or a coward, or stone blind, to give in tamely to the plague.” – Albert Camus,  The Plague. 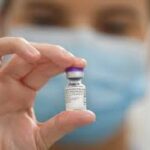 In seven earlier posts1 I addressed some of the philosophical issues attendant to the Covid-19 pandemic just then starting and since dominating 18 months of our lives as a species. Starting in late December of 2020 the first of four vaccines was approved for emergency use by the United States FDA and by similar agencies in most other Western countries (Russia and China have also developed their own vaccines). Without getting into the details of the amazing effectiveness and remarkably limited danger of these vaccines, as a physician who has thoroughly reviewed the clinical trials and FDA panel review and monitored the continuously reported data, I can assure readers that these vaccines are every bit as safe and perhaps more effective than any of the other vaccines they have received during their lifetimes. The mRNA vaccines from Pfizer and Moderna are, in my opinion, scientific advances that will lead to Nobel Prize awards within ten years.

Our emphasis today however is on the ethics of a decision to receive or to decline vaccination. Before we address that, a little review is in order. Covid-19 is a member of the coronavirus group which includes some minor longstanding cold viruses. In 2002 a dangerous form, SARS or Severe Acute Respiratory Syndrome appeared in China, infected about 8000 persons and caused 774 deaths. In 2012 MERS or Middle Eastern Respiratory Syndrome appeared in Saudi Arabia and infected about 2500 patients causing 886 deaths.2 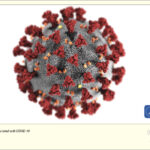 Covid-19 which appeared in China in late 2019 was thus the third of these mutated coronaviruses, but this time was much more infectious striking over 178 million people and killing nearly 4 million worldwide. This translates into about a 2.1% mortality, though it is likely lower due to underreporting of mild and asymptomatic cases. However the mortality rate varies dramatically by age from less than one in ten thousand for children to perhaps 10-15% in octogenarians. Full vaccination reduces the number of identifiable cases by 95-99% and essentially prevents all deaths. Minor side effects from the vaccines are common, but serious harm or death are less than one in one million, and to my knowledge, no vaccine related deaths have been attributed to the mRNA vaccines.

So what is the ethical calculus on receiving the vaccine or having your child vaccinated? We have seen virtue in general applies to four levels of reality – internal, proximate, societal, and cosmic – of which the first three pertain here. We will explore these next time.