“Man is made for action, not for idleness or pleasure. A man must not retire into solitude and cut himself off from his fellow men. He must be ever active and do his part in the greater whole.” – Marcus Aurelius

Having defined purpose as we will be using it  as “the desirable result, end, or aim of one’s life,” we next take on similar concepts and parse their use and contribution to the answer we seek.

The closest related word to purpose, it seems to me, is “role,” defined by Webster’s as “proper or customary function.”1 This understanding seems to apply to specific circumstances such as being a parent or being a teacher. The purpose of a parent vis-a-vis parenthood is to fill a specific role in raising one’s children to successful adulthood. 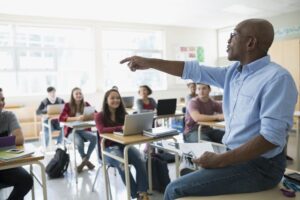 Similarly the purpose and the role of a teacher appear to be essentially identical, that is, to instruct students in a particular subject matter. Thus just as the purpose of a car’s brake is its role in slowing or stopping the vehicle, in some contexts human purpose is defined by one’s role in a particular situation.

The second term related to purpose is “calling” which seems best defined by reworking three of Webster’s  meanings of the word into  “a vocation, profession, or trade to which one is summoned or for which one feels a strong impulse of inclination.”2 Connotatively a calling then is identifying a course of lifelong labor that is at least subjectively worthwhile and meaningful. we conclude that while role as purpose is in a sense incidental to one’s circumstances or externally defined, a calling is more internally defined and the result of conscious choice or impulse. 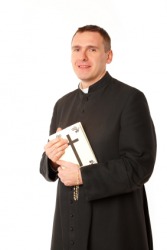 A “mission” can be defined as “an assigned or self-imposed duty or task”3 although the word often refers to faith-based activites as in ‘missionary work.’ Missions are also typically group activities as opposed to the individual context of a calling. For example the choice to be a physician or a clergyman is a calling, while the choice to join others in evangelical work in underserved communities is generally considered a mission. Likewise secular and business organizations have missions to provide excellent products or services or to support a particular goal.

Slightly less suggestive of purpose is the word, “lifework” which can be defined as “the complete or principal work, labor, or task of a lifetime.”4 Callings and missions are often lifeworks, but some lifeworks are less consciously linked to the purpose of one’s life. Within the latter group falls the idea of “career” defined as “an occupation or profession, especially one requiring special training, followed as one’s lifework,”5 and “occupation” which is defined as “a person’s usual or principle work or business especially as a means of earning a living.”6 The difference in nuance of these terms is their implicit focus on work as a social responsibility or as the means to sustain oneself and one’s family rather than as providing a definite purpose for one’s life.