“The effort to understand the universe is one of the very few things that lifts human life a little above the level of farce, and gives it some of the grace of tragedy.” – Steve Weinberg, Nobel Laurate in Physics, 1979.

For most of the last three months we have been immersed in the surprisingly complex area of cosmic virtue in its three dimensions – nature, science, and the universe. Historically philosophy has imposed only limited ethical obligations on humans with regards to this realm, and casual consideration might suggest few duties apply. Deeper contemplation upends that position finding that virtuous behavior or human excellence at the cosmic level is vital in the quest for a meaningful life.

We saw the five guiding principles of ethical action here are (1) attitude or mindset, (2) devotion to truth in one’s beliefs, (3) service and duty, (4) a fundamental code of behavior based on balance of good over evil, and (5) the exhibition of the four classical virtues – courage, temperance, justice, and prudence. 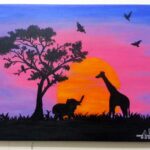 The virtuous attitude or approach to cosmic reality seems to me to be (1) recognizing that we are fundamentally attached to Nature and should have reverence for it, (2) committing to the understanding, study, and love of science, and (3) having such awe of the universe that we wish to live in harmony with nature and align our lives with the course of the universe.

Using a series of carefully outlined axioms and general principles, we found that virtuous behavior at the level of animals – the first component of Nature – can be defined. The right to limit pests is justified when based on evidence not aesthetic considerations, although never to the point of extinction. Animal euthanasia is ethical for relief of animal suffering but not for mere human convenience. Service animals are reasonable as long as the human benefits clearly exceed the apparent negatives and no unnecessary suffering is permitted. Hunting and fishing are endorsed by the final lawgiver, Nature, as long as for sustenance and also appear reasonable when done to control populations in the absence of sufficient nonhuman predators, although again not to the point of extinction.

Food livestock seems to be an ethical if somewhat unsavory choice as long as there is no unnecessary suffering in raising or slaughter of food animals. Conversely the choice to eat domesticated animals for optimal nutrition obliges one to reciprocate with the greatest contribution possible to the preservation of Nature, and to serve as best one can the trajectory of the universe, so as to mitigate this theoretically avoidable evil. 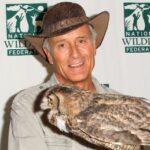 Recreational animals (e.g. racehorses, zoo animals) represent a borderline case, but may be justified if the entertainment or educational value is maximized and cruelty is minimized. We also recognize that habitat preservation is an unquestionable ethical duty of civilized people.  And finally, limited humane scientific or research use of animals is likely ethical when no  satisfactory alternatives exist and when based on utilitarian criteria.