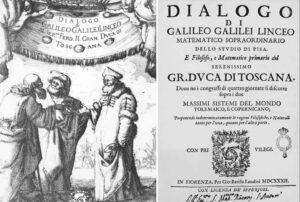 Following Galileo’s failure to persuade the Pope on the Copernican system, he promised submission to the Church, but persisted in his publication of the facts of his scientific observations on the heavens. With the publication of Dialogue Concerning the Two Chief World Systems in 1629 with its blatant contempt for theological arguments against his interpretations of the evidence, he became a victim of the Inquisition in 1633 and his books were banned from Catholic countries. While he eventually abjured in his beliefs out of fear for his life, he was confined to house arrest for the remainder of his life, during which time he restricted his research to the safer field of physics rather than astronomy until blindness, deafness, and eventually death intervened.

Galileo was called the ‘monarch of the universe’ by his friend Giovan Francesco Sagredo,3   and ‘the greatest mind of all time’ by Hugo Grotius.4 He seemed to express his significance and insignificance in the poignant words of his incarcerated frailty, “This universe that I have extended a thousand times…has shrunk to the narrow confines of my own body, Thus God likes it; so I too must like it.”5 His works continued to be published and discussed in Northern Europe but the treatment of Galileo meant science and philosophy were displaced to Protestant lands. Nonetheless, in the end, the Church withdrew his works from its Index of Prohibited Books in 1835 and virtually adopted his explanation of the need for Biblical simplification of the motions of heavenly bodies for its original primitive audience in the  papal encyclical Humani Generis in 1950.5 As the Durants tell us “The broken and defeated man had triumphed over the most powerful institution in history.”6 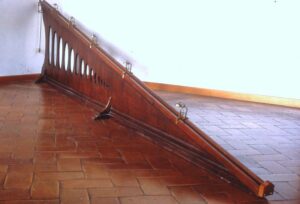 The significance of Galileo’s heroism cannot be overstated. He was a first-rate scientist who single-handedly initiated telescopic study of the cosmos, proved the Copernican model to be correct, and made contributions to physics in many areas, some of which displaced the entrenched 2000 year old Aristotelian understanding of reality and anticipated Newton’s laws of inertia and motion. In a larger sense he devised the scientific method of reliance on reproducible observations and experiments premised on the consistency of the natural world. He was one of the first to write in his native language (rather than Latin) in order to bring science to the layman. He risked and lost everything including his own liberty not only for scientific truth, but for freedom of speech. It would be 150 years before the United States would become first nation to adopt that freedom as an inviolable right.

In short, Galileo was nothing less than the heir of Socrates and one of the fathers of modern thought. He remains a model of cosmic virtue writ large for all time.