Last time I recounted my experience of traveling with a faith-based group to provide mostly nonfood necessities to homeless people in my home town. Today I would like to consider some philosophical issues which arose from my outing.

First is the impetus for the mission of my hosts – the words of Jesus to his apostles as how to show their love for him – “Feed my sheep.”  In their mission we see the actualization of the great teaching of Jesus and enduring legacy of Christianity, virtually unrecorded prior to his teachings  – the principle of charity – the selfless helping of strangers in need. It does not appear prominently in ancient India, with Buddha or Confucius, in Taoism, in ancient Egypt, Babylon, or Persia, in the Old Testament, nor even in Greek and Roman philosophy. Whatever the future of Christianity, this legacy is enshrined forever in civilization and elevates Jesus to the pinnacle of human thought and achievement. 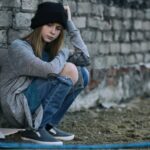 Second, as much as I respect the concept of charity, my pragmatic side has misgivings regarding the specific service of bringing necessities to people living on the streets. Are we enabling such individuals to subsist in hopelessness and ennui? Shouldn’t our goal be to extricate the unfortunate from their lot and aid them in moving on with meaningful lives? My friend correctly points out we have no right to prod others on a course we approve, arguing the ethical course is to help them survive each day until they awaken to the choice of a different and better future. Still I can’t help feeling badly that I left someone’s beautiful, young daughter living on the streets the day after she was dropped off by an inconsiderate man. If I could go back I would try harder to extricate her from her circumstances, perhaps by connecting her to a drug treatment center if necessary.

Third is the larger question of homelessness itself – why in a wealthy society do some find themselves living in such pitiful circumstances? If the answer is mental illness and drug addition, the question then is whether it is ethical for a civilized people to allow others to sleep outside on the bare ground under tarps in the cold while looking the other way. I think the answer is no, thus societal duty must extend to the provision of food, clothing, safe shelter, and social services to the unfortunate. While I believe one logical tenet underpinning ethics is that no obligation exists where no solution exists, it is unclear the problems of the homeless are insoluble. 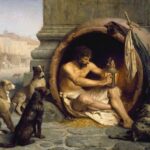 The last philosophical theme is whether some homeless persons are in fact modern Cynics. In an earlier blog I discussed the ancient Greek Cynics under the subject of suffering/asceticism. 1 The cynics renounced worldly desires believing in a simple life of just enough food, clothing, and possessions to survive. Since the gods want nothing; men most like the gods will want next to nothing. Virtue for them was self-sufficiency, freedom, detachment, and moral toughness and endurance. Poverty becomes the paradoxical avenue to peace and contentment. Happiness is found by strength of mind to want nothing and to lack nothing. For them philanthropy is serving as models of virtue for others and spiritual hope to the poor and oppressed. When I asked my hosts about our homeless, they guessed that not more than 10-15% choose homelessness as a simplified way of life, and most of these decline offers of help.

I conclude the practical philosopher  should be a person of action in the cause of the homeless in whatever way possible while devoting attention to the ethical dimensions in the quietude of contemplation.