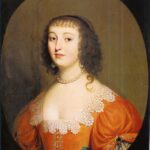 “Here it is important to judge worthily of the works of God and to have a vast idea of the extent of the universe… For if we imagine that beyond the heavens there is nothing but imaginary spaces, and that all the heavens are made for the services of the earth, and the earth only for man, we will be inclined to think that this earth is our principle abode and this life the best. Instead of discovering the perfections that are truly within us, we will attribute to other creatures imperfections that they do not have, so as to raise ourselves above them.” – René Descartes, Letter to Princess Elizabeth, May/June 1645.

Cosmic virtue in our analysis so far has consisted of excellence of conduct with respect to Nature, the Earth, science, the seeking of extra-terrestrial life, and the effort to extend humanity and other terrestrial life to new worlds. In reality these forms of virtue are externally directed, but there is a final form which is more internally focused, a kind of intersection of internal virtue and cosmic virtue which I will call, co-opting a term from Neil deGrasse Tyson, the cosmic perspective.

It begins with ancient Western and Eastern philosophy. While Pythagoras devised the term ‘kosmos’ for the greater world, it was the Stoics who developed the concept which was adopted by Western civilization. They saw the universe as eternal, cyclic, and synonymous with God or Providence. In their view the cosmos is rationally ordered, creative, autonomous, and uniform. Virtue on this view is to “live according to the benevolence and orderliness of the universe. The consequence of such a life is apatheia, or euthymia, spiritual peace and well-being.”1 Hoever the Stoic view of the cosmos also imposes a natural law or duty on individuals to mimic the other parts of nature by serving and respecting others and promoting the cosmopolis or rationally ordered world. 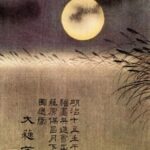 At nearly the same time in China, Confucius founded his philosophy on a theme of universal order. “The power of spiritual forces in the Universe – how active it is everywhere! Invisible to the eyes and impalpable to the senses, it is inherent in all things, and nothing can escape its operation.”2 In the Liki, he explains that li (social order) is based on heaven or nature, originating from T’aiya, the Primeval Unity, which was divided into heaven and Earth, and transformed into yin and yang. “Li  is a great channel through which we follow the laws of Heaven and direct to proper courses the expression of the human heart.”3