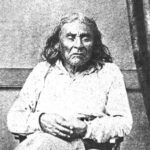 “What is man without the beasts? If all the beasts were gone, men would die from great loneliness of spirit, for whatever happens to the beasts also happens to man. All things are connected. Whatever befalls the earth befalls the children of the earth.” – Seathl, Duwanish chief.

In investigating cosmic virtue, we have considered various philosophical positions on treatment of animals and land ethics and environmentalism by modern Western thinkers. Today we explore the perspective of America’s indigenous people. Viewpoints from three separate sources1,2,3 reveals the following distinctive beliefs. First Nature should be honored particularly for its consistency, purposefulness, and truthfulness. Second Mother Earth (Ina Maka) should be revered as the source of all life, a bountiful provider and sustainer, and as ‘holy book.’ Third fellow creatures should be respected because we, as animals, identify with them, need them for food, require them in order to avoid ‘loneliness of spirit,’ and as teachers. Finally the soil is sacred as it is eternal, “soothing, strengthening, cleansing, and healing.”4

Native peoples offer an astute critique of apparent Western indifference to Nature. Ed McGaa (“Eagle Man”) notes we all start life as great observers of Nature, but by indoctrination into ‘Dominant Society,’ we develop an attitude of Nature as a resource to be exploited.5 The result is that we commodify Nature and its parts looking only at their economic value, but the paradox is we then commodify ourselves and humanity as well. We become not members of an ecosystem, but functions in an economic order, a form of self-imprisonment.6 In the end we become alienated from Nature by ‘modernity and mass culture’ and eventually from ourselves. 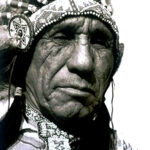 John Lame Deer defines the problem in symbols. Native people believe the world has a symbolic character and symbols are central to the meaning of life. They see themselves and Nature as a circle mirroring the world- for example a rainbow, the Sun and Moon, the planets, etc. The circle is a symbol of the “harmony of life and nature.”7 In his opinion, the symbol of conventional society is the square as is seen in our houses, offices, walls, and buildings. Lame Deer believes these are symbols of separation and thus the wrong symbols, not ones of organic life or unity with Nature.