“The world degenerates and grows worse and worse every day…the calamities inflicted on Adam…were light in comparison to those inflicted on us.” – Martin Luther. 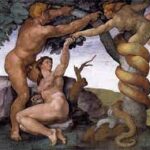 Having looked at principles in the ethical treatment of animals and the more comprehensive land ethic of Leopold and Callicott, we pause briefly to consider the Christian humanist viewpoint of Steven F. Hayward on environmental ethics.1 He offers a biblical perspective on the relationship of humans to the natural world, one in which, not  surprisingly, environmentalism is reworked as ‘creation care.’

In response to thinkers such as Lynn White and Richard Means who blame religion and especially the Bible for environmental degradation, a new form of Christian apologetics has developed.  Briefly while the book of Genesis states that God gave man dominion over His creation, this should not be interpreted as domination or conquest of it. Man was instructed to cultivate and watch over it. Degradation of God’s creation was the result of the Fall which facilitated the entrance of evil into the world, so can be traced back to a failing of humankind. Still Hayward believes unlike conventional environmentalists who have a misanthropic perspective and loathing of civilization that seeks to constrain humanity, the Bible asserts human distinctiveness and a responsibility for stewardship of nature. In addition Christians should revere nature as connection to supernature. 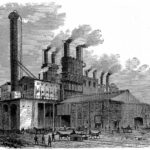 Hayward places the blame for environmental degradation on the industrial revolution and technology, both of which led to alienation from nature – the secular version of sin. Eighteenth century Romanticism and nineteenth century Existentialism (especially Martin Heidegger) “developed the sophisticated view that technology separates humanity from nature in a fundamental way and is the cause of our alienation.”2 In fact Christianity offers significant principles that encourage conservation of the environment – the most important being the tenth Commandment that formulates individual property rights, that is to say, one is more likely to accept degradation of common spaces or of another persons’ property than of one’s own property. He also notes an interesting paradox: while early industrialization of a society leads to environmental degradation, advanced societies protect the environment (for example, no Western city is on the current list of the 50 most polluted cities).

Hayward concludes that restrictions to the human species is unnecessary for a sustainable Earth. He believes humility on the part of environmentalists is lacking especially with respect to alarmist and cataclysmic predictions. His four points: (1) Do not underestimate nature’s resiliency, (2) Think globally, but act locally, (3) Consider tradeoffs, and (4) Environmental issues are heavily fact-dependent, thus there is legitimate controversy among experts. At the end of the day, solutions ought to be “compatible with individual liberty and democracy.”3

Of course the importance of environmentalism for this site is not social policy, but rather individual ethics. Next time I will offer some Native American perspectives before we tying all of this up in a final synthesis.