Humans have domesticated animals for thousands of years, but domestication requires at least an initial capture and subjugation of a wild animal, which is potential vice. While some of these animals may have been injured or starving, it is unclear whether they could choose to stay or go given unanswered metaphysical questions on free will in animals. Certainly some pets such as domesticated dogs and cats would struggle to survive in the wild and thus are ethically kept, though we could prevent their reproduction to eliminate additional dependent animals. 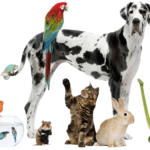 Fish, birds, gerbils, horses, etc. and wild animals such as snakes, ferrets, and lizards are different as they are involuntarily limited to spaces much smaller than in their natural environment and could survive without us. Virtue requires at a minimum the avoidance of making pets of these species while greater virtue is to foster and heal injured animals for later release, and to care for animals unable to survive if released for life. Of course, all ‘pets’ must be treated humanely at all times.

Service animals such as seeing-eye and herding dogs or draft animals are not only captive, but also forced to work. If we grant the preferential status of humans due to our greater opportunity to further the purposes of the universe, then some animal servitude is justifiable. However the utilitarian rule (A7) applies, i.e. the evil of subjugation of an animal must be balanced by a greater good for a human. Individual cases must be individually reconciled, but at a minimum, no animal should be in bondage when an alternative solution exists. For example when tractors are available, horses should not be forced to pull a plow. 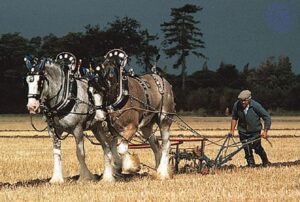 While killing harmless animals, even for food, seems unseemly for civilized people, Nature endorses it for survival (P3). Therefore the virtuous modern person can hunt and fish for sustenance, but not for furs, horns, antlers, or tusks. A few other general ethical points are worth stating:

The killing of domesticated animals for human consumption is supported by Nature (P3) and by the preferential role of humanity in the function of the universe. Conversely, the end of consumption of livestock would reduce their number to a minimum or endangered state which is arguably an evil. Nonetheless, the categorical imperative not to cause suffering requires responsible farming and slaughter – issues more appropriately addressed elsewhere. 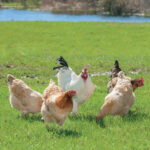 We are left with an enigma – should one eat meat or consume eggs and milk (also requiring animal bondage)? The answer is I think a personal one, but at a minimum we should avoid eating animals treated inhumanely (e.g. veal) and seek ethical sources of food (e.g. eggs from free range chickens). Another strategy is to reduce meat consumption to the smallest quantity consistent with good health, likely no more than a few times per week.  The most virtuous may choose vegetarianism or even veganism, although I doubt this is an ethical imperative for everyone.