Last time we looked at arguments for equal treatment or consideration for animals vis a vis humans by two strong advocates for animal rights, Peter Singer and Tom Regan. Today we will look at contrary viewpoints. 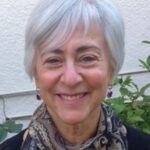 Bonnie Steinbock offers the following response. First she states categorically we cannot and should not allow cruelty to animals which she defines as unnecessary harm or suffering. However she challenges the notion that humans and animals are due equal consideration based on the following differences:

Discussing items 1 and 4, she refers to Kevin Donaghy’s thesis that humans are entitled to a ‘privileged position’ by virtue of their participation in a moral community that depends on a certain level of intelligence required for morally relevant capacities. She uses item 3 to justify subjecting a horse but not a human to bondage.3 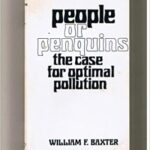 William F. Baxter proposes a utilitarian outlook. He starts by denying Nature has an independent moral standing, and suggesting Nature is protected through a ‘wise human-centric ethic.’ In other words, intelligent advocacy for human interests will indirectly lead to watching out for Nature’s interests. He rejects the proposition that there is a right or morally correct ‘state of Nature’ as there is no normative connotation to what is a human concept. Any attribution of ‘rightness’ in nature is meaninglessness or arbitrary; such attributions are opinion or preference. Instead a ‘cost-benefit’ approach to nature and the environment is the soundest policy for humanity, i.e. ethics in this realm requires decisions be based on the needs and interests of people, not Nature.

It seems both sides in this debate use subjective assumptions rather than fact or even logic to support their positions. The axioms in their ‘proofs’ are in truth the source of the different conclusion, both begging the question at their starting points. I will try in the next blog to synthesize a solution. Join me then.