“The day may come when the rest of the animal creation may acquire those rights which never could have been withholden from them but by the hand of tyranny” – Jeremy Bentham.

Last time we examined several historical perspectives on virtue related to nonhuman animal life – specifically those of Hinduism and Jainism, Pythagoras, and two 19th century literary figures, Percy Bysshe Shelley and Leo Tolstoy. Today I would like to turn to some of the modern philosophical discussion. It is worth noting that most of this debate centers on social policy, but the arguments seem to apply at the level which interests us in creating a meaningful life, to wit, individual ethics. 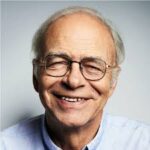 Peter Singer is a forceful thinker in this arena arguing that all animals are equal. He starts with the basic definition of equality for us as not identical treatment, but equal consideration; this principle being not a  description of actual equality among humans but a prescription of how we should treat each other. In his opinion suffering is the vital characteristic that gives a being the right to equal consideration. Since animals are sentient beings capable of suffering, we are morally bound to take that suffering into consideration. He uses the word speciesism for prejudice or attitude of bias towards members of one’s own species and against members of other species. But his rejection of speciesism does not imply that all lives are of equal worth; he thinks it is not arbitrary to say that the life of an intelligent, self-conscious organism capable of abstract thought is more valuable than others without these capacities. However he rejects the argument that human life has a unique and intrinsic dignity.1 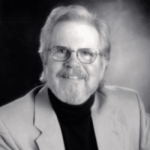 Tom Regan seems to go further than mere considerations of animal suffering, supporting strict rights for animals that command the abolition of sports hunting and trapping, and the use of animals in science, commercial enterprise, and agriculture. He begins by considering three traditional ethical approaches to the treatment of animals. First is contractarianism where rights and duties are constituted by an implicit contract between individuals which obviously is impossible for animals. Duty regarding animals then is indirect, obligations to other humans not to injure their animals. Second is the cruelty/kindness view; we have a direct duty to be kind and not cruel to animals. Here Regan argues that kindness is not equivalent to rightness nor is cruelty the limit of wrongness. The third approach is utilitarianism – basically a calculus of good or satisfaction over evil or suffering. Regan thinks this approach is impractical and leads to sanctioning of objectionable actions. While he offers fairly detailed arguments against all three of these common approaches to our uneasiness over animal treatment, he fails to convincingly justify his blanket assertion that any creature with consciousness has some inherent value and as such equal value to any other creature with any level of  inherent value.

Next time we will consider some rebuttals to these proponents of animal rights, followed by my synthesis of a hybrid approach.