At about the same time a continent away Pythagoras, the mathematician and philosopher who reportedly traveled to India, established a school accepting men and women (likely the first great world figure espousing equal opportunity for women). His rules included: (1) no eating of flesh, eggs, or beans, (2) no killing of animals that do not injure humans, and (3) no destroying of cultivated trees.4 Some of these prohibitions may come from his “belief in the transmigration of souls; men must beware of eating their ancestors.”5 Alternatively Porphyry tells us in The Life of Pythagoras that he believed “all living things should be considered as belonging to the same kind.”6 Regardless he himself strictly followed these rules living mainly on “bread and honey with vegetables as dessert,” (and lived to age 80 at a time when the average life expectancy was perhaps 28). He also was the first to call the earth round and to give the name kosmos to the world and philosophia to the love of wisdom.7 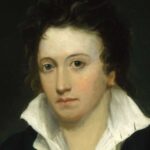 But vegetarianism is not the sole province of the philosopher or believer in metempsychosis. Percy Bysshe Shelley the 19th century poet who was frail and prone to recurrent illness adopted a vegetarian diet to alleviate his discomforts and thereafter became such a proponent that he wrote a treatise called A Vindication of Natural Diet. In this work he argues that a meatless diet is the most natural based on the “the intimate connection of health and morality with food”8 calling it appropriately enough, ‘the Pythagorean system’9 He writes perhaps wistfully of a utopian future:

“My brethren, we are free! The fruits are glowing

Beneath the stars, and the night-winds are flowing

O’er the ripe corn. The birds and beasts are dreaming.

Never again may blood of bird or beast

His arguments for vegetarianism include the absence in humans of carnivorous features such as claws or pointed teeth, the need for culinary preparation for meat to be palatable, and the ease with which humans can return to a vegetable diet.  He believes meat-eating is a cultural habit, one which can also be forced on herbivorous animals like horses, sheep, and oxen to the point they change their preferences. He also notes the preference of young children for fruits and grains until inured to meat later in life.

A final vision of virtue towards living things is found in the great Russian novelist, Leo Tolstoy. About age 50 Tolstoy turned away from the trappings of his fame and wealth and adopted a kind of Christian anarchism and rigid antiviolence that in time influenced even Mahatma Gandhi. 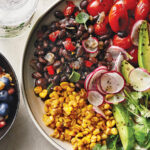 Tolstoy considered vegetarianism essential in the “ascetic quest for the good life” and vital to seeking harmony with nature, saying of a virtuous person – “the first thing from which he will abstain will always be the use of animal food, because… its use is simply immoral, as it involves the performance of an act which is contrary to the moral feeling – killing.” He also saw in meat-eating another immorality, i.e. “the brutalizaton of those who work in the meat industry.”13

Of course modern philosophers have also addressed virtue and nonhuman life particularly animal rights and abstention from meat-eating which is the subject of the next blog.